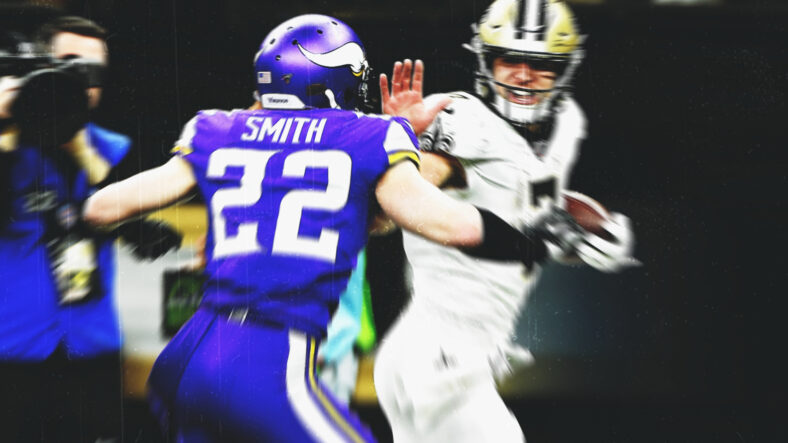 The Minnesota Vikings knocked off the New Orleans Saints twice in three playoff tournaments from 2017 to 2019, the last serious hurrahs for Sean Payton’s team led by Drew Brees.

While the Vikings haven’t posted a winning record on the regular-season calendar since December 29th, 2019 — yes, 875 days ago — their playoff-win drought is surprisingly not as arid as some other storied franchises.

These are notable teams that currently have longer playoff-victory droughts than the Vikings.

Sure, the Patriots have six world titles to their name, and that reigns supreme to anything at all the Vikings have ever done. Yet, they haven’t won a playoff tryst since Super Bowl LIII against the Los Angeles Rams.

New England shockingly lost to the Tennessee Titans in the 2019 postseason tournament, thrusting Tom Brady to free agency where he’d land with the Tampa Bay Buccaneers.

If the Patriots don’t win a playoff game with Mac Jones and friends in 2022, the drought will span four seasons — unthinkable for The Patriot Way.

This is a dirty little secret; the Steelers haven’t won a playoff game in five seasons. But nobody cares because they’re the Steelers and a bit infallible.

Indeed, Mike Tomlin never fosters losing seasons, but as of late, he’s possessed a Mike Zimmer-itis where his squad is never bad — but also not great.

Pittsburgh’s last playoff success was in 2016 over the Ryan Tannehill-led Dolphins. 1,960 days ago.

Dallas won a postseason game the year before the Vikings last did, toppling the Seattle Seahawks at Jerry World in the 2018 season.

But the Cowboys — like the Vikings — have grimmer postseason demons to combat. Dallas hasn’t reached an NFC Championship since 1995. For a Vikings-history marker, that was Warren Moon’s second season in purple.

The Cowboys always find a way to excite in the regular season and then disappoint in January. They didn’t use to do that in the early 1990s.

John Elway made a deal with Satan to win Super Bowl 50 with an absolutely decrepit version of Peyton Manning.

How do we know that? Well, they haven’t reached the playoffs since. The naughtiness will probably change in 2022 now that Russell Wilson took over the franchise in a 2012 Manning-like fashion, but Denver is undergoing a desperate playoff dearth.

The last time the Broncos won a playoff game — Donald Trump and Hillary Clinton were vying to win primary elections.

Here’s the full list (after Patriots, Steelers, Cowboys, and Broncos) of teams that have longer playoff droughts than the Vikings: