Not Werewolves — but Vikings in London 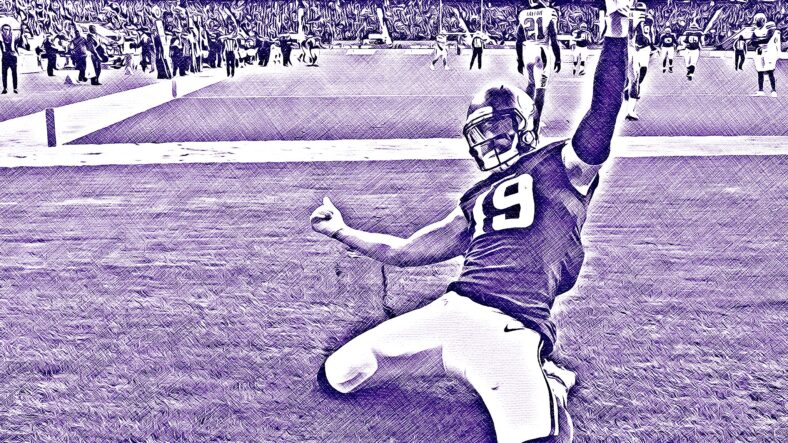 The Minnesota Vikings will make it a trifecta in October, playing for the third time in London in the last decade.

The NFL announced London participants on Wednesday morning, and the Vikings were among the invitees.

The game will take place at Tottenham Hotspur Stadium in Week 4.

In a bit of a rivalry matchup, the Vikings take on the Saints, a team providing bad blood since the 2009 NFC Championship. Minnesota was one victory away from the Super Bowl 13 years ago but coughed away the opportunity thanks to an errant late-game interception by Brett Favre and an unthinkable Saints bounty program targeting the old quarterback.

After that — eight years down the road — the Vikings paid it forward, knocking the Saints out of the playoffs in 2017 and 2019. One game was a forum for The Minneapolis Miracle, courtesy of Case Keenum and Stefon Diggs. The other contest was a walk-off triumph for Minnesota orchestrated by Kirk Cousins and Kyle Rudolph.

The Vikings-Saints will mark a battle of England unbeatens. Both teams are 2-0 in British endeavors, as the Vikings defeated the Pittsburgh Steelers in 2013 at Wembley Stadium and then the Cleveland Browns in 2017 at Twickenham Stadium. The Saints toppled the Los Angeles Chargers in 2008 and Miami Dolphins in 2017 in London.

Barring injury, the Saints will be quarterbacked by Jameis Winston this autumn, a player who performed well in 2021 but wasn’t overly dynamic. Winston was injured in the middle of the season, passing the torch to an odd hodgepodge of Trevor Siemian, Taysom Hill, and Ian Book. Life after Drew Brees, indeed.

The Vikings showdown with the Saints will also be the first game versus New Orleans without Sean Payton attached since 2004. In that game, Week 6 of 2004, Minnesota outlasted New Orleans 38-31 in a Sunday night game behind solid showings from Daunte Culpepper, Mewelde Moore, Randy Moss, and Nate Burleson. Aaron Brooks was the Saints quarterback.

The game for the Vikings is a road contest, so Kevin O’Connell will have nine home games during his maiden head-coaching voyage, seven true road games, and one Londoner.