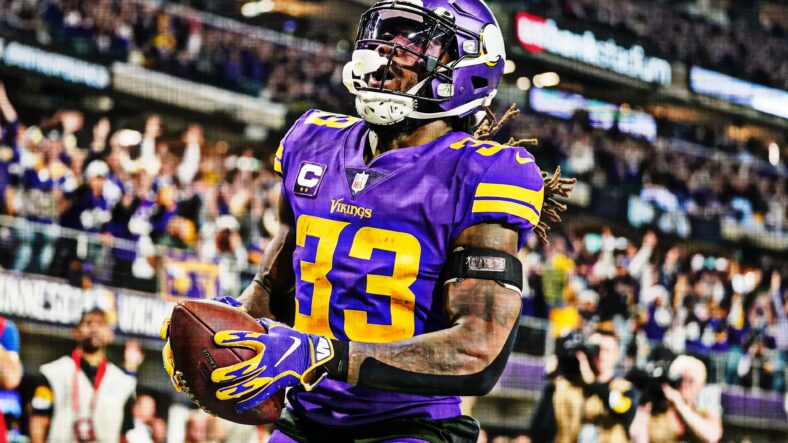 During life after the 2022 NFL Draft, the Minnesota Vikings are widely considered the 11th-worst team in the business. A series of power-ranking features ranks Minnesota as follows:

But according to Bleacher Report, an entity that recently ranked offenses for 2022, Minnesota’s upcoming malfunction will be defense — not offense. Kristopher Knox of Bleacher Report ranked all offenses heading into 2022, and the Vikings placed at 13th.

Knox said about Minnesota’s offense, “There’s plenty to like about the Vikings offense on paper, especially if Cook can stay healthy for an entire season — he suffered a dislocated shoulder in 2021 and missed a total of four games.”

He also foresees an improvement with the offense-first regime, led by Kevin O’Connell, “If the new coaching staff can get more out of Cousins and Co., the Vikings could have one of the better offenses in the conference. At worst, Minnesota should again have an above-average unit in 2022.”

Offense was all over the board for Minnesota in 2021, frequently beset by stretches of bland playcalling. The team was coached on offense by Klint Kubiak, a first-year playcaller. Sometimes, Kirk Cousins and friends would flourish, whereas other periods were peppered with risk-averse thinking. This is how the Vikings fared via various metrics on offense last year:

That’s right. The team turned the ball over the least, was responsible for the most big-plays of 15+ yards, and gained yards at a Top 10 clip — but finished 2021 with a losing record.

So, in a nutshell, this is why the Vikings leadership hired an offense-first mind — to fully uncork the offense while Ed Donatell attempts to resurrect the defense. Minnesota ranked 24th in points allowed to opponents and 30th in yards allowed.

Overall, Vikings football will feel markedly different, although the players are mostly the same. The enterprise will preach offensive innovation — and collaboration among leaders and players. Down the stretch of the Mike Zimmer era, the Vikings stubbornly clung to a defensive emphasis that wasn’t working anymore, along with a reportedly callous culture.

And even though Bleacher Report only considers the Vikings the 22nd-best team for 2022, they’ll apparently have a shiny Top 13 offense to make things fun.