The Current National Opinion of the Vikings Is Underwhelming 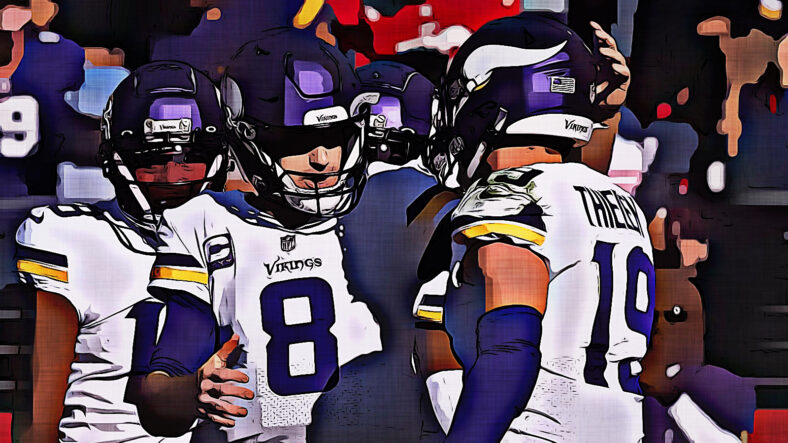 If you think the Minnesota Vikings are Super Bowl contenders as of May, shield your eyes.

The world does not agree with you.

Foremost, the Vikings are theorized as beholders of 8 to 9 wins for the 2022 season, according to oddsmakers. The franchise was in the same boat last year at this time, tapped by sportsbooks to win 9 or 9.5 games. This year, under new leadership, the forecast is diminished by a half-game or so.

Minnesota fired general manager Rick Spielman and head coach Mike Zimmer four months ago in favor of a youthful replacement combination in Kwesi Adofo-Mensah and Kevin O’Connell. Some onlookers of the team figured those two men would opt to rebuild the roster, but Adofo-Mensah and O’Connell instead chose to leave the depth largely intact, a signal evident when Kirk Cousins was re-upped for an additional year through the end of 2023.

And chiefly because the 2022 plan is a “run it back with Cousins” mentality, most NFL power-ranking entities are unimpressed.

On the whole, as of early May, NFL pundits consider the Vikings around the 11th-worst team in football. Via various sets of power rankings, here’s where the Vikings stack up:

All of those mesh for the 11th-worst assessment.

Particularly, Sporting News defended the 22nd ranking for the Vikings:

“The Vikings have some enthusiasm as they begin a bright new era with coach Kevin O’Connell and GM Kwesi Adofo-Mensah. Their offensive personnel is intact for a new scheme and their post-Mike Zimmer defense is set to have five new starters in Harrison Phillips, Za’Darius Smith, Jordan Hicks and rookie defensive backs Andrew Booth Jr. and Lewis Cine. The transition keeps them a distant second in the NFC North.“

Overall, Minnesota has a pretty straightforward gameplan — channel the 2021 roster with some tweaks and a fancy draft class into more wins that Mike Zimmer could not find. The Vikings allowed an ungodly amount of points to opponents in the final two minutes of halves in 2021, so the new leadership faces evidently believe the team was “this close” to making noise in the postseason.

So, while fans of the team and internal brains holster enthusiasm for 2022, it is not widely shared from a national view.

In that regard, for better or worse, the Vikings must prove a lot of folks wrong.