Vikings Defensive Draft Picks in Last 5 Years Have Been Unremarkable 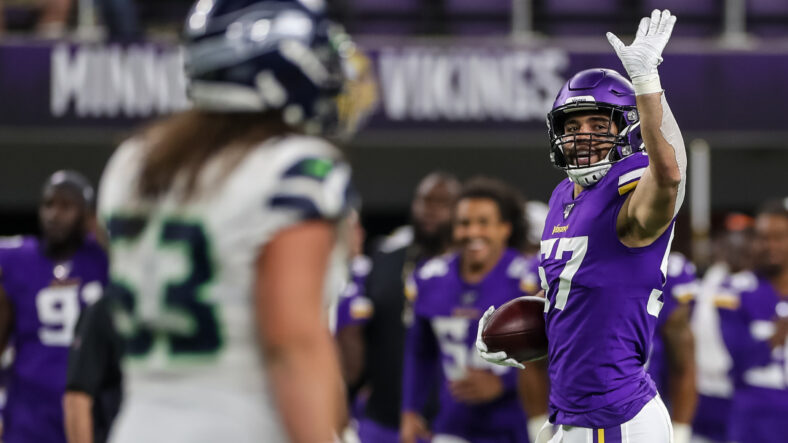 The Minnesota Vikings are overdue for defensive production from the NFL draft as the personnel extracted from 2016 to 2021 has been largely unremarkable.

The 2015 NFL Draft was a wondrous event for the Vikings — on offense and defense — netting the franchise Danielle Hunter, Eric Kendricks, and Stefon Diggs. But it was as if that haul was orchestrated via deal with the devil because the defensive draftees since have been underwhelming.

Of course, the players selected in 2021 and 2022 are absolved of fault for now as they have time mature. But on the whole, since 2016, it isn’t pretty. These are the defensive players by the Vikings from 2016 to 2021 who have played in 30+ games, in alphabetical order:

Other players not quite to 30 games-played may not provide doom and gloom — Cameron Dantzler, Camryn Bynum, Patrick Jones II, Janarius Robinson, and James Lynch. But the verdict is still out those developing players.

Thankfully for the Vikings sake, all of these draftees were courtesy of a different general manager, Rick Spielman, who was terminated in January. It doesn’t have to be “this way” anymore. Minnesota hired Kwesi Adofo-Mensah to replace Spielman, and the first-year executive used the 2022 NFL Draft to draft five defenders with his first six picks. He’s trying to right wrongs.

Among the candidates to change the narrative are Lewis Cine, Andrew Booth, and Brian Asamoah — all men selected in April with 3rd-Round-or-higher draft capital. Cine will probably start at free safety in September, Booth has an outside chance to dethrone Danzlter or Peterson at cornerback, and Asamoah is the next man up if something happens to Eric Kendricks or Jordan Hicks.

Minnesota’s defense was fierce from 2014 to 2019 but encountered mediocrity and collapses in crucial situations amid the last two seasons. Examining recent draft history can explain, in part, where the cliff-dive began.