The Vikings Must Enjoy the WR Corps As-Is 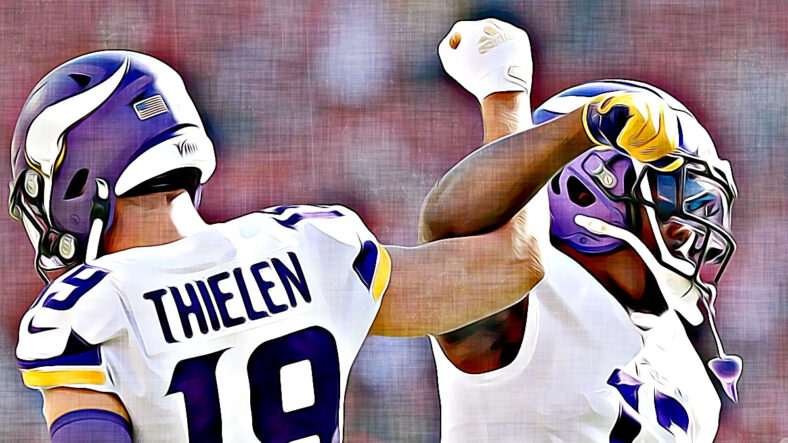 The Minnesota Vikings had vivid opportunities to draft WRs Jameson Williams, Christian Watson, Treylon Burks, George Pickens, and others last week — and said no thanks.

How’s that for bold?

Instead, for the Vikings draft, Adofo-Mensah acted with a defensive mind — not a terrible idea for the team allowing the third-most yards to opponents in 2021, only outdone (in a bad way) by the lowly Houston Texans and New York Jets. Indeed, the Vikings welcomed Lewis Cine (S), Andrew Booth (CB), and Brian Asamoah (LB) to the organization in the first three rounds, signaling an acknowledgment of existing deficiency.

And they’re okay with that, evidently.

Minnesota could’ve channeled its “inner 1998” and bolstered the WR corps even though it wasn’t mandatory. It worked out marvelously 24 years ago, pairing Randy Moss with an already productive twosome in Cris Carter and Jake Reed. But let’s face it, Randy Moss probably wasn’t marinating in this draft class.

Too, the new coaching staff is offensive-minded. Kevin O’Connell came from the Los Angeles Rams where he co-ran the Super Bowl champions’ offense. It would not have been strange at all if he waltzed into town and added more offensive firepower.

Alas, he did not. And it signifies the Vikings contentment with the Jefferson-Thielen-Osborn trio. Perhaps Ihmir Smith-Marsette will join in on the fun.

Finally, if Adofo-Mensah gets an itchy trigger finger sometime in the next few weeks or months, free-agent WRs are on the wire, too. Julio Jones, Odell Beckham, Jarvis Landry, T.Y. Hilton, Will Fuller, and others are available.