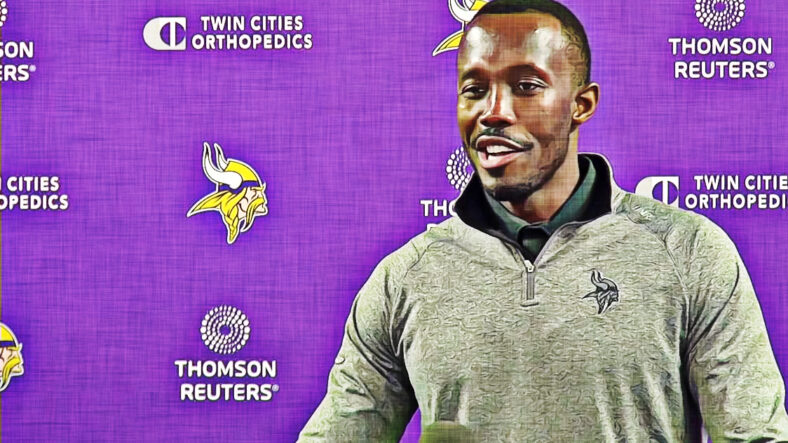 On April 28th, new general manager Kwesi Adofo-Mensah traded his 12th overall pick to the Detroit Lions in the 2022 NFL Draft. Because the Lions are a division rival, onlookers of the Vikings teetered on conniption, disregarding a simple truth evident in the transaction.

Ordinarily, when a team owns a semi-premium pick like the 12th overall selection, the seller — in this case, the Vikings — can dictate terms. The selling team can abuse the buyer. The seller can demand gaudy trade spoils. The New York Giants did it with the Chicago Bears in the 2021 NFL Draft, back-pocketing an additional 1st-Rounder in the following year’s draft.

But the Vikings didn’t bully the Lions — at all. Adofo-Mensah engaged in an equitable trade, which might be expected on a regular summer afternoon when draft hysteria isn’t causing any price gauging.

So, why on earth didn’t Minnesota domineer Detroit during trade talks?

The answer is simple — there was no quarterback on the market worthy of the 12th overall pick. This is the simple truth.

Write that down, save it, use it, and remember this blunt-force logic. In recent history, teams that trade up and include juicy packages of draft capital — do it to land a franchise quarterback. There was no franchise quarterback at the 12th overall pick, at least according to draft scouts’ forecasts.

Kenny Pickett was the first quarterback off the board, and he went to the Pittsburgh Steelers at #20. The Lions didn’t barter a king’s ransom because there was nothing to barter for.

It’s rare for a team (recently, anyway) to trade gobs of draft capital for a safety or wide receiver. Kyle Hamilton (S) and Jameson Williams (WR) were on the board for the Lions at #12, and they chose Williams. A decade ago, teams traded handsome packages for men like Trent Richardson (RB) and Sammy Watkins (WR)

Franchises don’t do that too often [any longer], instead saving their ransoms for quarterbacks.

Adofo-Mensah chose to fortify his depth chart with multiple players. Trading out of #12 was the best way to do so, in his estimation. However, there wasn’t a “Mahomes” or “Lawrence” available for another team to crawl up the board.

Contrarily, Jameson Williams was the target — and the trade market for non-QBs isn’t robust. This is why using the Giants-Bears analogy from 2021 to chide Adofo-Mensah is dunderheaded.

Had a blue-chip quarterback prospect been available at the 12th pick, Adofo-Mensah could’ve asked for more. There was not, so he didn’t.