The National Recommendation for Vikings Final Roster Move of the Summer 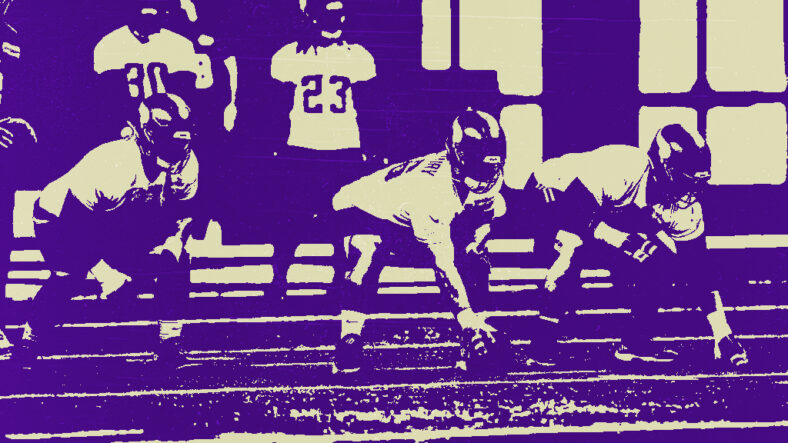 Their final move of the summer, according to Bleacher Report, should be to host an “open competition at center,” says Brent Sobleski.

The recommendation from Sobleski hits as the Vikings already seem to be heading down the open-competition path at center. While the Vikings new coaching staff offered all the positive, coach-speak thoughts about Bradbury leading into June, Bradbury’s job at June minicamp felt very much up for grabs.

And that should satisfy Sobleski, who wrote about the Vikings potential battle at center, “Instead of handing Bradbury the job for another season, the Minnesota Vikings can sign a J.C. Tretter or create an open competition between the incumbent and backup Austin Schlottmann. Maybe the Vikings even consider moving this year’s 59th overall pick, Ed Ingram, over the ball. Ingram played some center at this year’s Senior Bowl..”

Bradbury enters the final year of his rookie contract in 2022. The Vikings opted not to tap the fifth-year option of his deal as the move would have cost the franchise about $13 million in 2023. That number is arguably too much for any center, let alone Bradbury.

So, Bradbury enters Year Four with “prove-it” stakes, hoping to finally achieve the stardom that should be a no-brainer for a center drafted in Round 1. Usually, centers can be scooped out of the draft’s later rounds, but ex-GM Rick Spielman wanted to hit a homerun with Bradbury in 2019. For now, the proposed homerun looks like a strikeout.

Run-blocking is no problem for the 27-year-old Bradbury. But Spielman drafted him to stabilize the Vikings pass-protection woes, and Bradbury emphatically has done nothing of the sort.

Because Bradbury isn’t considered a viable starting solution by most at center, Minnesota has been linked to free-agent JC Tretter for nearly four months. The Cleveland Browns stunningly released Tretter back in March, and no team has signed the man. Yet, because he last played for the team where Kwesi Adofo-Mensah worked, Vikings fans have clamored for a Tretter addition — almost daily — since March.

Tretter is one of the best pass-blocking centers in football.

Sobleski also mentioned Ed Ingram, a rookie who hasn’t signed his rookie contract. Ingram and Booth are the “last men standing” for unsigned Vikings rookies. If Minnesota indeed plans to start Jesse Davis at right guard, who most consider the RG frontrunner in July, perhaps the selection of Ingram was for a shift to center all along. But that plan is all whispers for now.

Regardless, the Vikings performance at center has been problematic, at least per pass protection, for four years. Bradbury was supposed to be the fix-all. He wasn’t. And now, national entities like Bleacher Report suggest an open competition for the job, which is already underway.

Other recommendations leaguewide from Sobleski? The Carolina Panthers should trade for Baker Mayfield, and the Green Bay Packers should sign EDGE rusher Justin Houston, among other ideas.