The Countdown for Vikings Is 4 Days 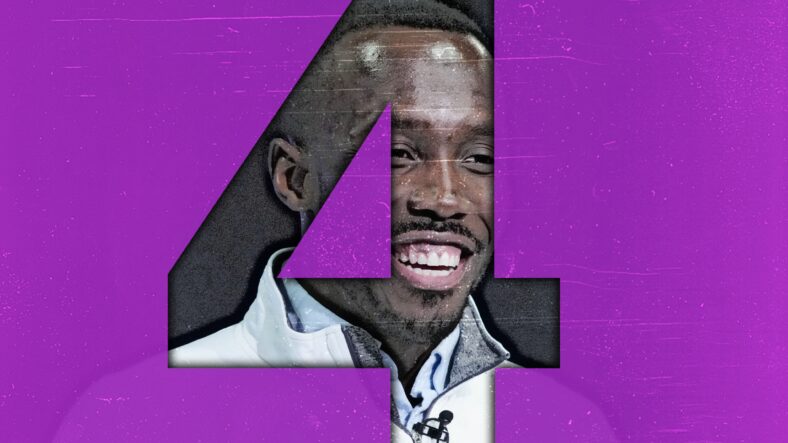 Sometimes onlookers of the Minnesota Vikings are incompossible with patience, particularly in the lead-up to the NFL’s free agency period where teams like the Denver Broncos and Los Angeles Chargers are manufacturing rim-rocking trades for the betterment of their franchises.

Such is the case this week as the Vikings front office must make transactions to slide underneath the salary cap and correspondingly sign new free agents and retain some existing ones. In theory, moves should’ve started this week, but all the Vikings did was promote a practice-squad defender and fire-then-hire athletic trainers. Minnesota is facing $15 million over the cap heading into free agency.

But here’s the good news: there is a deadline.

The Vikings — and all other 31 teams — must be under the cap by March 16th, four days from the publication of this article. The Wednesday date is non-negotiable.

What does that mean? Well, it is mandatory for the Vikings to “do stuff” in the next four days. It is not a question of if. It’s a matter of when. Fifteen alerts could pound for your smartphone on Saturday, four could arrive on Sunday, or some combination might break next week in terms of roster releases, restructures, or trades.

The time is now for those maneuvers to occur.

For releases, players like Michael Pierce, Anthony Barr, C.J. Ham may depart the organization. While those men are effective players, there might not be a spot for them on the 2022 roster for the Kevin O’Connell approach to football. Pierce is expensive and injury-prone, Barr almost left three years ago and probably will actually bolt this time, and the Rams offense didn’t fancy fullbacks under O’Connell and Sean McVay.

On restructures, that may be a boatload of veterans, especially if Kwesi Adofo-Mensah conducts business like Rick Spielman. Players such as Adam Thielen, Danielle Hunter, and Harrison Smith are names to remember for contractual renegotiation. Oh, and Kirk Cousins is in that camp, too, if Adofo-Mensah does not trade the quarterback. Although, Cousins’ money is notoriously guaranteed, so his deal would probably be an extension if he continues to wear purple and gold clothing.

And for trades, well, that topic is debatable. CBS Sports reported on Thursday that Minnesota is interested in a fresh start, shopping the aforementioned Pierce, Thielen, Hunter, and running back Dalvin Cook. It is unclear if those reports are valid, but the rumors are plentiful.

VikingsTerritory‘s Sean Borman explained on Bleav in Vikings this week he expects the team to end up roughly $40 million over the cap when the dust settles. For that to happen, many transactions are mandatory.

Overall, this is it — fans who have clamored for change are going to get it. And it won’t be exclusive to mid-tier players. The Vikings terminated Rick Spielman and Mike Zimmer to commence a fresh era. With that philosophy comes change. Excruciating decisions will be made. Some longtime Vikings will leave. Brand new free agents will enter the fold. Plus, the NFL draft is in seven weeks.

Cap compliance is the first big step (after franchise tagging) in the offseason for player personnel movement. That cutoff is four days away.