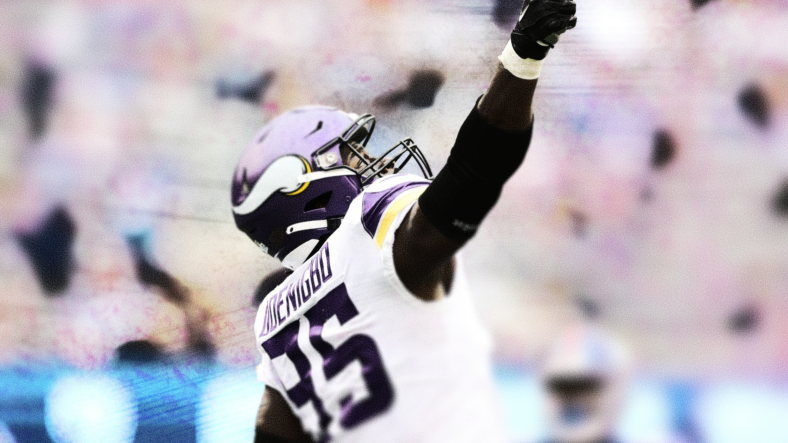 The Vikings severed ties with longtime trainer Eric Sugarman on Monday, a surprise move as Sugarman was not a part of the initial wave of “cleaning house” by Vikings management.

Sugarman was employed by the Vikings since 2006.

Sugarman departed with these thoughts:

And so it went — the Vikings finished the staff overhaul under new general manager Kwesi Adofo-Mensah and the aforementioned O’Connell.

Odenigbo, who now plays for the Cleveland Browns, was joined by former teammates chiming in on the topic, albeit in a less emphatic matter. Jaleel Johnson, now a member of the Houston Texans, tweeted-then-deleted the “eyes emoji” in response to Odengibo’s tweet above.

So, there’s something fishy pertaining to Sugarman’s relationships with some players.

Before Monday, Sugarman had a rather sterling reputation among fans, serving as president of the “Donut Club,” a fun engagement with players involving donuts.

On the other hand, notable examples of players returning prematurely from injury exist, too. In 2017, quarterback Sam Bradford played against the Chicago Bears when it was wildly apparent the man was in rough shape. He looked like someone’s grandma. More recently, in 2021, Adam Thielen was cleared to return to the field and was injured immediately after.

It is unclear why the Vikings and Sugarman cut ties.

The Sugarman exodus occurs in a week when other moves will transpire as the Vikings trim down their budget. Minnesota is $15 million over the cap, needing to clear space before March 16 for cap compliance.