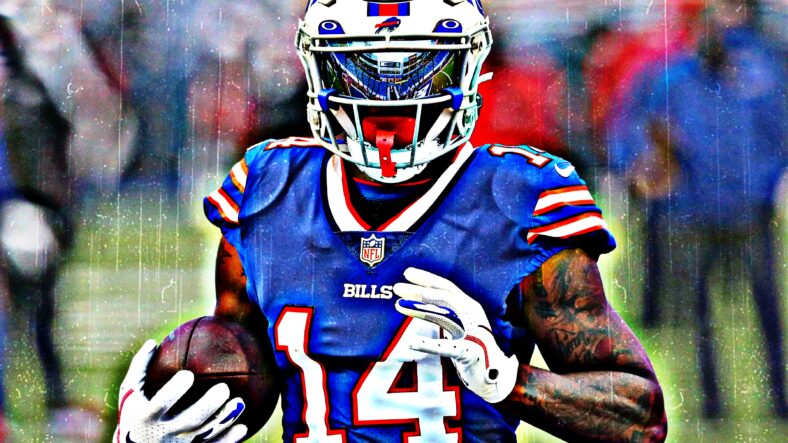 He did it with the Minnesota Vikings, and it worked. And now Stefon Diggs had done it again for the Buffalo Bills, tweeting passive-aggressive statements into action.

On Wednesday, Diggs and the Bills locked in a four-year, $104 million contract extension with the intent of keeping the ex-Viking in Bills attire for the duration of his career.

Diggs, 28, instantly becomes the fourth highest-paid wide receiver in the business per average annual salary, holding the 21st-highest distinction before Wednesday. When players like Davante Adams, Tyreek Hill — and even Christian Kirk — landed chunky details in the last month, Diggs began tweeting mild discontent in Diggsian form, not calling anyone out by name, instead using bland phrasing to express frustration.

Back in 2019 and 2020, Diggs did the same thing with the Vikings, as the pass-catcher was frustrated inside a run-happy Vikings offense led by Mike Zimmer. Ultimately, Diggs was traded to the Bills for [what would turn out to be] Justin Jefferson, Camryn Bynum, Kenny Willekes, Janarius Robinson, and Zach Davidson.

So, although odd and sophomoric, Diggs’ social media strategy works, posting abstruse musings that puzzle fans — but, in the end, lead to action. First, it was the trade and change of scenery to the AFC East. Now, it’s $70 million guaranteed over the next four seasons.

The Bills couldn’t afford to toy with Diggs, disgruntle the Maryland alumnus, or trade him. Buffalo is on the doorstep of reaching a Super Bowl for the first time in 30 years, just needing to solve its Kansas City Chiefs problem. In the last two seasons, the Chiefs ended the Bills lofty dreams in phenomenal playoff games. Trading Diggs or watching the man hold out would be counterproductive to the Lombardi mission.

Diggs’ tweeting routine should now stabilize if history is a reasonable indicator.