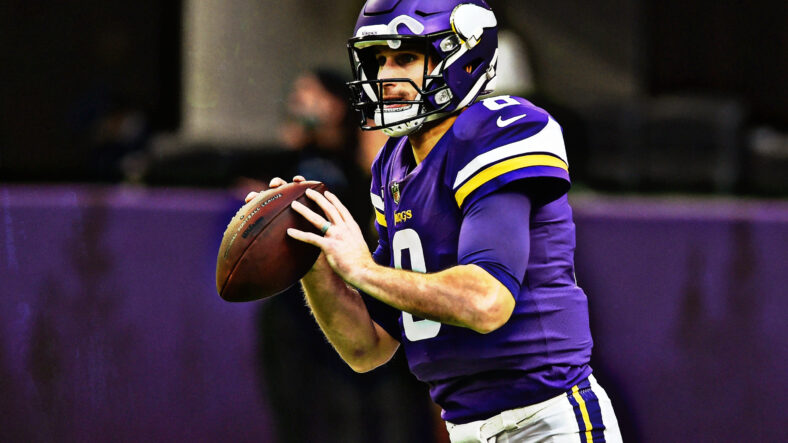 Minnesota Vikings quarterback Kirk Cousins was extended this offseason for an extra year, paying the man $35 million per season through the end of 2023.

Once Kyler Murray and Lamar Jackson sign inevitable contract extensions, Cousins will be the 10th highest-paid passer in the world per average annual salary.

The news of Cousins’ extension was met with animosity by a few, as the 33-year-old is linked to mediocre quarterback play, evidenced by his 59-59-2 (.500) career “quarterback record.” For those Vikings loyalists, Cousins is automatic mediocrity. He is perceived — almost singlehandedly — as the merchants of Minnesota’s 15-18 (.454) record in the last two seasons.

Still, some believe Cousins is the correct man to hold QB1 duty for the Vikings, particularly the team’s new leadership in Kwesi Adofo-Mensah and Kevin O’Connell. Under a new storefront, Cousins has two years to prove it.

Kirk Cousins wanting to retire as a Viking is a good thing. He’s simultaneously not God’s gift to quarterbacks, but he’s also not the problem. We’ve seen time and again that you can get to a Super Bowl and occasionally win with a guy like Cousins as your QB.”

These are the “guys like Cousins” Maller is referring to — Matthew Stafford, Nick Foles, decrepit Peyton Manning from 2015, Joe Flacco, Eli Manning, and others.

And those are all from recent history. The list is longer with Brad Johnson, Trent Dilfer, Jeff Hostetler, etc., from decades past.

Kirk Cousins is not an elite quarterback — few profess it. Not even Cousins’ most ardent supporters argue as such. He does, though, have elite stretches of play — typically in October and November, by the numbers — while the rest of the time, Cousins is “pretty good.”

Because he is not categorized as “elite” by any credible human, his paycheck is correspondingly near the 8th-to-10th most in the business. This is not rocket science.

Last year, Matthew Stafford joined Kevin O’Connell — the Vikings new head coach, by the way — and Sean McVay in Los Angeles. Stafford owned an upside-down quarterback record. In one year, he erased any credibility of the flimsy statistic. Surrounded by innovative brains and a star-studded depth chart, Stafford and his pals got the job done in the Super Bowl — like the Vikings have not. Ever.

So, Vikings general manager Kwesi Adofo-Mensah hired one of the men who helped unlock Stafford Mania in Los Angeles.

Why? Because he hopes O’Connell can do the same with Cousins, a Staffordian quarterback with very vividly strengths and evident weaknesses.

Elite quarterbacks are wonderful, but they are not a prerequisite to Lombardi trophies.