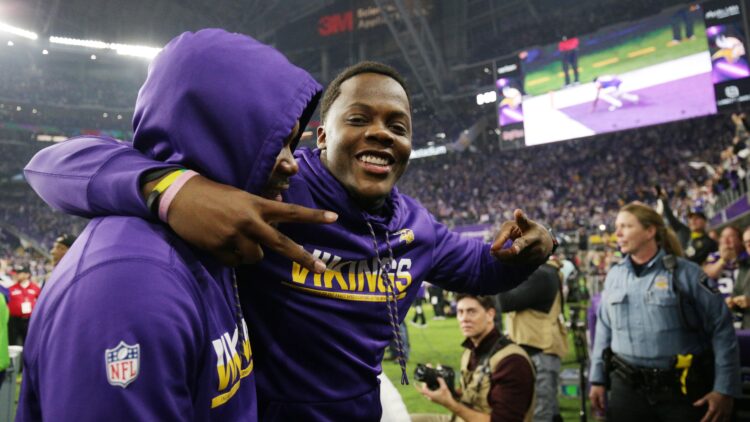 1 – PPTSD believes in a very good possibility that the Vikings face Teddy Bridgewater, not Tua Tagovailoa, in Week 6 at the Miami Dolphins.

2 – But first, the Vikings must conquer the Chicago Bears at home, and Josh Frey previews that showdown.

4 – In the daily video segment, Josh Frey and Dustin Baker talk about the state of the Vikings through four games.

The Vikings are early seven-point home favorites against the rival Chicago Bears, who lost in Week 4 at the New York Giants, 20-12. The Green Bay Packers also won in Week 4, beating the New England Patriots, but the Vikings stay on top of the NFC North thanks to tiebreakers. Minnesota is the NFC’s No. 2 seed as of October 5th.

Lewis Cine was lost to a broken leg, a disappointing development for the Vikings 1st-Rounder, who was a special teams contributor through four games. The Vikings drafted Cine as a plan for life after Harrison Smith, but the Georgia alumnus won’t see a regular season field again until 2023. Minnesota will ask safeties Josh Metellus and Myles Dorn to step up in Cine’s stead. The Vikings also signed a familiar name at safety on Wednesday — Mike Brown, who spent the summer with the organization.