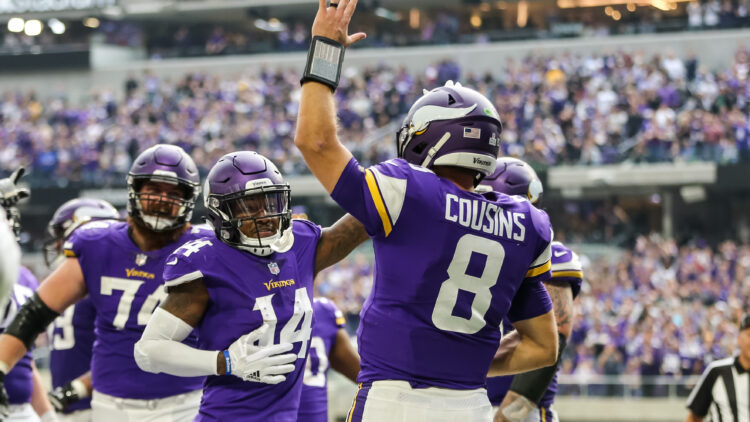 VikingsTerritory‘s Purple Rumor Mill is a two-day chronicle each week. All the week’s rumors are lassoed and plopped in two spots — articles on Saturday and Sunday — for review. Today is the May 22nd edition.

Rumor: Kirk Cousins is actually forecasted as an MVP candidate in 2022.

This rumor (or chatter) came from one man — Mr. Kyle Brandt.

Brandt from the NFL Network tapped Cousins as his MVP dark horse. Why? Because Cousins may have competent pass protection for the first time since 2017 — and then he has Kevin O’Connell catering to his strengths, not a defensive-first coach annoyed by his mere presence and contract.

After that, well, look at the depth chart. If Cousins can’t tick with Justin Jefferson, Adam Thielen, Dalvin Cook, Irv Smith Jr., and K.J. Osborn out on the playground by his side — plus O’Connell’s tutelage — then he really isn’t a Super Bowl-caliber quarterback.

Brandt picked Cousins for the dark-horse role because of potential.

Rumor: Sheldon Richardson will land with the Tampa Bay Buccaneers.

This one came from Greg Auman, who writes about the Buccaneers for The Athletic.

Richardson is hitting “the age” where men chase championships on a year-to-year basis, so it wouldn’t be flummoxing for him to sign with Tampa Bay.

In fact, it would be a smart fit for all parties. We’re on board with the Richardson-to-Buccaneers logic.

Of today’s rumor mill session, this one has the best chance to actualize.

2nd-Round offensive linemen, especially interior variety, generally start out of the gate. If Ingram does not, it will be a very Vikingish syndrome.

Ingram should be considered by Vikings fans as the favorite to start at RG in September. This rumor is credible and is substantiated by various depth-chart projections from Bleacher Report and NFL.com.