Another Projection for Vikings at Right Guard 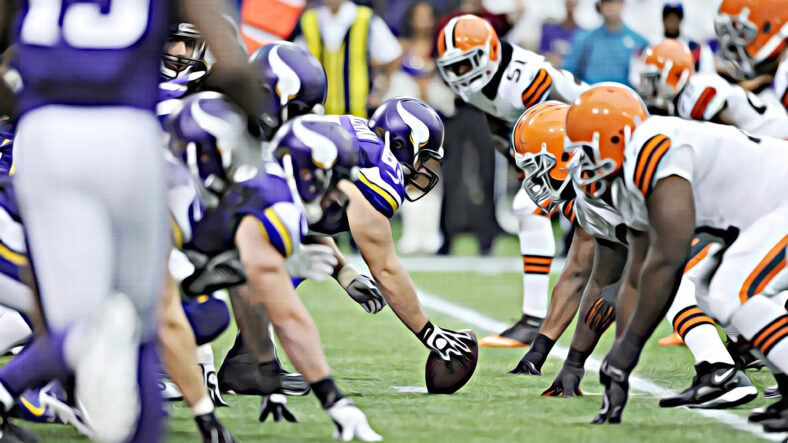 On the broad scale of the 2022 Minnesota Vikings depth chart, little mystery surrounds who goes where or which players will ultimately start. For the most part, starters are already clearly defined, and summer camp battles should be minimal.

There is one spot, however, that has plagued the Vikings since 2018, ensuring a wee bit of suspense in the lead-up to the regular season. That’s the right guard position, and it has been a source of woe for a few years.

Last week, Bleacher Report projected Minnesota’s starting lineup, and it theorized Ed Ingram as the eventual victor for the RG hole on the depth chart. Then on Tuesday, Gregg Rosenthal from NFL.com followed suit in predicting NFC North teams’ starting lineups — ’tis the season for such hypotheses — and he agreed that Ingram is slated for the open RG job.

Again, the Vikings starters for 2022 aren’t too mysterious, but here’s what Rosenthal had in mind:

Inserting Ingram at right guard is really the only noteworthy item here, perhaps aside from the Vikings starting three safeties. Such a defensive scheme would be a new twist for Minnesota’s defense as the transition is made to Ed Donatell’s scheme from Mike Zimmer’s famous 4-3 system.

Ingram was drafted in the 2nd Round of the 2022 NFL Draft from LSU, a location in drafts where players should start sooner than later. In that regard, Ingram starting out of the gate feels self-evident.

Yet, before Ingram joined the club, new general manager Kwesi Adofo-Mensah signed veteran offensive linemen Jesse Davis (Dolphins) and Chris Reed (Colts). What happens to those men? That’s a reasonable question if Ingram is the sure-fire nominee to start in Week 1. Davis started 72 games in five seasons down in Miami, and Reed’s performance lately suggests he should start, too.

Overall, this is a good problem to have — especially for a franchise that has struggled via pass protection for a decade.

The takeaway? The forecasted summer battle at right guard — one actually advertised by new head coach Kevin O’Connell — could be melodramatic if pundits are correct. Ingram owns the pedigree to play immediately. Meanwhile, the other signees Davis and Reed — plus Wyatt Davis from the 2021 NFL Draft — may have to fight for roster spots.

Consider the Bleacher Report and NFL.com projections as writing on the wall that Ingram is probably “the guy” at RG in September.

Before Ingram, five LSU offensive linemen were selected in NFL drafts since 2010 in the 3rd Round or higher — Joe Barksdale, Lloyd Cushenberry, Damien Lewis, Ethan Pocic, and Trai Turner.

All of them went on to become regular starters.