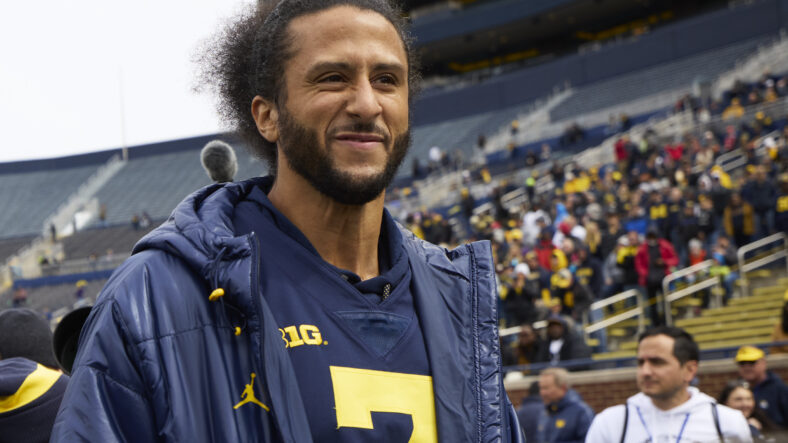 VikingsTerritory‘s Purple Rumor Mill is a two-day chronicle each week. All the week’s rumors are lassoed and plopped in two spots — articles on Saturday and Sunday — for review. Today is the May 29th edition.

Rumor: The Vikings could sign Colin Kaepernick if he doesn’t get a job with the Las Vegas Raiders.

This one came from Pro Football Talk and was derived from an interview with Kwesi Adofo-Mensah.

Indeed, Kapernick actually worked out for a single football team, the Raiders, different than his “group” NFL workout in 2019, widely considered a sham.

Kaepernick and Adofo-Mensah were coworkers for a few years in San Francisco. In theory, he could sign on with the Vikings in 2022, but the team already has Kellen Mond, who they’re suddenly complimenting.

There are 32 teams in the NFL, so the odds of Kaepernick — who will be 35 years old this season — signing with Minnesota are slim.

This sentiment of the Vikings always in a nasty salary-cap space is persistent — and usually accurate. Well, they’re typically maxed out at this time of year — is a wiser way to phrase it.

Currently, the Vikings have the 14th-most cap dollars available. And then, for future standing, Minnesota ranks right in the middle of the league.

Insinuations of the Vikings money troubles are severely overblown.

This was suggested by The Viking Age on Saturday.

Hicks has started every single football game since the start of the 2019 season. Plus, he’s a consistent tackling machine. His PFF grade in 2021 was 64.7, a respectable score for a starter.

Hicks isn’t too expensive, so it’s not “guaranteed” that he’s the starter. But Asamoah would have to be rather prolific to oust a bonafide veteran like Hicks.

Asamoah grabbing a starting LB job right away is a longshot.