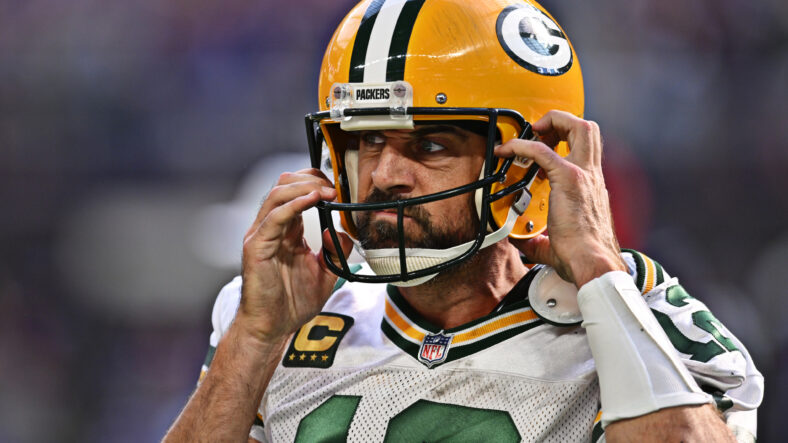 Heading into the 2022 regular season, it seemed to be a ho-hum assumption that the Green Bay Packers would simply dominate the NFC North and win the division, similarly to how they have done over the past few years. Five weeks into the season, and that simply is not the case. In fact, it appears that there’s a bit of trouble in Cheese Land.

This past weekend, the Packers lost to the New York Giants 27-22 and fell a full game out of the NFC North lead after the Minnesota Vikings topped the Chicago Bears later that afternoon.

So, what exactly is the problem with the Packers right now? The short answer is that their offense simply cannot get on the same page. In particular, their passing offense has struggled to incorporate rookie receiver Christian Watson.

Coming out of Week 5, Green Bay ranks 22nd in points scored, 20th in passing yards, and 16th in passing yards per attempt. Romeo Doubs is no Davante Adams, but the rookie has done a great job of getting open for Aaron Rodgers. He leads the Packers in receptions with 22 for 213 yards and a pair of touchdowns. As for Watson, though, he has caught just seven passes for 52 yards.

Some early season struggles from the Packers possibly should have been predicted, but the Vikings have done a terrific job of taking advantage of this slow start from their rivals. Moving forward, the expectation should be that Minnesota at least contends for the division leading up to their New Year’s Day rematch with Green Bay, given the fact that they now hold a two-game advantage.

This week could even lead to a further extension of that lead if Minnesota takes care of business before their bye week. The Vikings head down to Miami to take on the Dolphins, who likely start seventh-round pick Skylar Thompson. They just got blown out by Zach Wilson and the New York Jets, 40-17, this week.

Ironically enough, these same Jets now have a matchup with the Packers in Lambeau Field. If they continue to have the same struggles that they’ve seen over the past couple weeks, maybe the Jets could cause them problems similarly to the Giants did this weekend.

Of course, there’s an equally good chance that things get back on track. The Packers do still have the back-to-back MVP in Aaron Rodgers at quarterback, and if there’s anyone that can get an offense back on track, it’s probably him. With that in mind, the Vikings cannot relax. They will have to keep winning games if they want to win the NFC North.