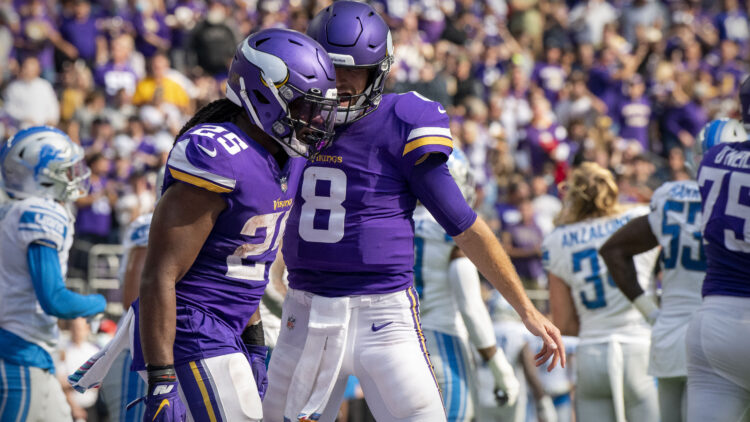 The Minnesota Vikings have a few candidates to receive the honor of being named the “most underrated Viking” from PFF.

Harrison Smith was the best player on the defense in most years over the last decade. However, some other players stole the spotlight, for example, edge rusher Everson Griffen and linebacker Anthony Barr. They received not just more praise from Vikings fans but also non-Vikings fans and media members all over the country, as seen when taking a look at the accolades. Smith was just named first-team All-Pro once in his career, despite ranking among the top safeties every year.

Another interesting player is Brian O’Neill. The second-round selection in the 2018 draft became a starter early in his rookie season and handled the OT duties on the right side of the offensive line. Despite having three seasons in which he allowed only one or no sacks, he is just a one-time Pro Bowler. He received his first Pro Bowl honors in 2021.

While Justin Jefferson rightfully gets all the attention, his counterpart, Adam Thielen, is still a really good receiver in his own right. His last full season took place in 2018. In the same season, he topped the 1000-yard mark for the last time.

Since then, he played in just 38 of the possible 49 games in the regular season. However, he is extremely dependable on the field, especially in the red zone. Thielen ranks third among all NFL players in touchdown catches since 2020 with 24. He only trails Tyreek Hill and Davante Adams. Whenever the receiver is not on the field, it´s evident that Kirk Cousins misses him. Thielen didn’t play against the Steelers and Bears last season. The Vikings won both games, but as a result of Thielen’s absence, Kirk Cousins struggled in both games.

Sam Monson from PFF released a list of the most underrated player of each NFL team. For the Vikings, the PFF writer named Kirk Cousins as the most underrated player. The franchise quarterback of the organization receives heavy criticism after most games. However, in most statistical analyses, he is playing at a high level and deserves more praise for the level of play he provides.

“By virtually any measure, Cousins has vastly outperformed any reasonable expectations the Vikings could have had for him when they signed him from Washington. He has been a consistent top-10 quarterback over that time and seems to be slowly improving with each passing season.“

Indeed, Kirk Cousins is playing at a high level and is, despite his age of 33, still improving, as shown in his grades from PFF.

Kirk Cousins played his best season in his career so far in 2021. 4,221 passing yards, 33 touchdowns, and just seven interceptions result in a passer rating of 103.1. He is joined by Russell Wilson as the only quarterbacks in the league to record a passer rating of 100 or better in each of the last three seasons, which makes him one of the most consistent passers in the league.

“This has tracked, unfortunately for him, with the Vikings falling away from contention as a real threat to win a Super Bowl, and so Cousins doesn’t get the respect his play deserves. He may never be one of the game’s truly elite passers, but he’s right at the top of the next tier, and most of the arguments thrown at him don’t hold up tremendously well to deep scrutiny. Over the past three seasons, including the playoffs, Cousins carries a 90.5 PFF passing grade — tied for fifth in the league.“

Unlucky is a fitting word to describe Cousins’ career. He played in Washington for a dysfunctional franchise and joined the Minnesota Vikings in 2018, after their playoff run in the previous season. However, the team took a step back. The roster almost stayed the same, but most starters didn’t play as well as they did in 2017.

In addition to that, Kirk Cousins had to deal with a struggling first-time play-caller, John DeFilippo, who was fired in the season and replaced by Kevin Stefanski. It was also Cousins’ worst season with the Vikings.

In 2019, the Vikings, led by Cousins, marched into the Superdome in New Orleans to eliminate one of the favorites to win the Superbowl in their stadium. Cousins had a marvelous throw deep in overtime to Adam Thielen and the game-winner to Kyle Rudolph. However, in the next round, the Vikings had no chance against the San Francisco 49ers and their elite defense and running game.

In 2020 and 2021, the Vikings’ defense dealt with a mass exodus of talented players. The whole cornerback room, outside of Mike Hughes, left the franchise. Pass rusher Everson Griffen was let go, and Danielle Hunter missed the full season. Additionally, Anthony Barr played only two games and Michael Pierce none. Therefore, the defense didn’t look like an NFL defense at times and ranked among the league’s worst in most categories in that period.

Kirk Cousins certainly deserves the honors of being named “most underrated Viking,” as his statistics, PFF grade, and level of play don’t match the general perception of him. He has some flaws but generally is one of the better quarterbacks in the league. The Vikings put a lot of resources into the defense in the off-season in free agency by signing Za´darius Smith and Harrison Philipps. The top two draft selections were defenders, too. Lewis Cine and Andrew Booth will help to solidify the secondary.

Additionally, the franchise hired an offensive-minded head coach, hopefully improving the subpar play calling. The offensive line should be improved, too. Kwesi Adofo-Mensah signed Chris Reed and Jesse Davis in free agency. In the draft, he spent a second-round pick on offensive guard Ed Ingram.

Hopefully, the Vikings can get the best out of Kirk Cousins and his surroundings next season to have a successful season. The first opponent of the year is the Green Bay Packers. The game against the rivals will be a good indicator of how good the Vikings can play in 2022.