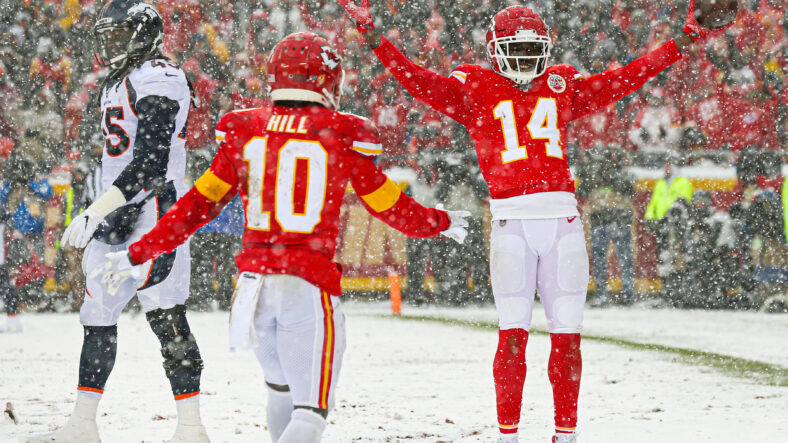 Eight years ago, the Buffalo Bills traded two 1st-Round picks and a 4th-Rounder to the Cleveland Browns for a draft pick that would add wide receiver Sammy Watkins to the franchise.

For interested Minnesota Vikings fans, the purple team landed one of those picks from Cleveland to draft Anthony Barr.

Watkins was a sound addition to the Bills — for two seasons. He tabulated 2,029 receiving yards and 15 touchdowns in 2014 and 2015, firmly on a path to making the trade seem worthwhile.

But Watkins’ career quickly tumbled to “decent WR2 type” wide receiver rather than unabashed WR1. He capped his Bills career with a trade to the Los Angeles Rams and later spent seasons with the Kansas City Chiefs and Baltimore Ravens. And in Kansas City, he hoisted a Lombardi trophy.

Now, Watkins treks to Green Bay, Wisconsin, as a part of a broader plan to replace Davante Adams, who was traded to the Las Vegas Raiders this offseason.

Watkins isn’t a cure-all for the Adams exodus — no player on the planet can singlehandedly replace that man — but he will be another target for Aaron Rodgers. So, before the 2022 NFL Draft, the Packers WR depth chart looks like this:

Thankfully for the Packers sake, the organization has two 1st-Rounders this month to bolster that otherwise underwhelming bunch of pass-catchers. Players like Chris Olave from Ohio State are often mock-drafted in Green Bay to ease the pain of Adams skedaddling.

On Watkins, he hasn’t tallied 700+ yards in a season since 2015. He did not live up to his draft hype. On the other hand, he isn’t a terrible playmaker. Perhaps 17 games with Aaron Rodgers will revitalize his career.

Watkins has played the Vikings four times, showcasing a monster game with the Bills during his rookie season.