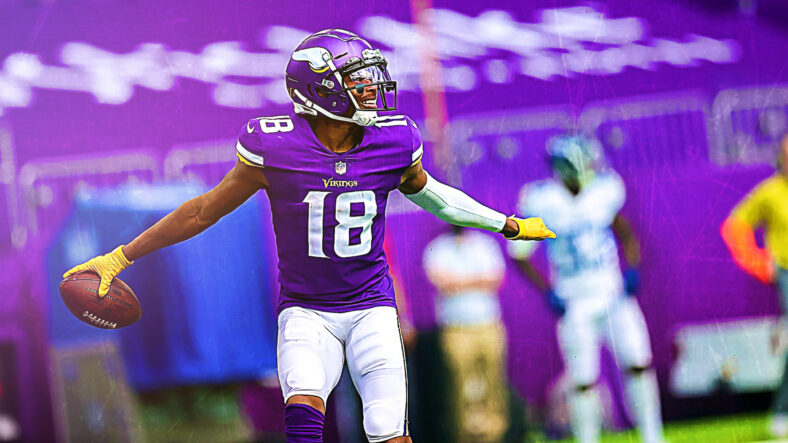 The Minnesota Vikings led the NFL in 15+ yard gains on offense in 2021 and missed the postseason.

The franchise also had an NFL-low 13 turnovers, protecting the football masterfully en route to an 8-9 season that caused the termination of the general manager and head coach.

And while the Vikings ranked seventh in 40+ yard gains, ninth in redzone TD percentage, and 11th in passing yards, onlookers of the organization felt the offense was stale and archaic.

Oddly enough, Justin Jefferson confirmed the “old” feeling this week, speaking to the USA Today, “We had an old-style offense last year. It’s 2022. You get into a new age and move to a new generation.”

The good news for Jefferson and his Vikings? Minnesota hired a young, offense-first head coach in Kevin O’Connell to “get with the times.” Mike Zimmer, the former coach, unabashedly emphasized a run-first system, which, truth be told, worked for the franchise in his first six seasons. From 2014 to 2019, Zimmer’s Vikings ranked seventh in the NFL per win percentage (.599) thanks to a sweltering defense and just enough offensive firepower to run up a lead on the opposition.

Because the bottom fell out defensively — and the shift to Jefferson as the face of the franchise — Minnesota tapped O’Connell for leadership duty, the offensive coordinator from the Super Bowl champion Los Angeles Rams.

Therefore, the “new age” referenced by Jefferson fits snugly with the hire of O’Connell. If the Rams offense is any indication, Minnesota should throw the ball more often and thus accommodate Jefferson’s talent as he enters Year Three in the NFL.

The Vikings also retained the primary beneficiary of the run-first approach, Dalvin Cook. Drafted in 2017 from Florida State, Cook transitioned the Vikings from the Adrian Peterson era without a glaring hiccup. Paired with O’Connell, Cook will likely see his rushing-attempt load dip while possibly mixing in WR targets for the 26-year-old — another “new age” tendency among ever-evolving NFL teams.

Minnesota’s mission statement this offseason, on the whole, mimicks Jefferson’s musings to USA Today, at least with the coaching staff — out with the old and in with the new.