It’s Another CB for Vikings in Latest PFF Mock Draft 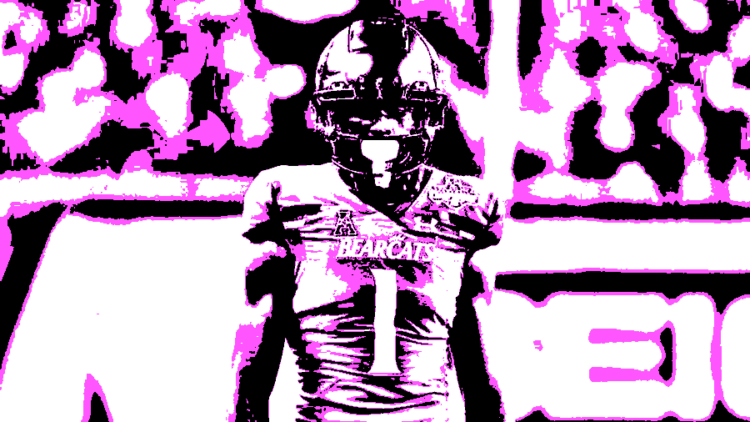 It’s early in the mock-draft season, but a trend is developing for the 2022 Minnesota Vikings.

While the team will inevitably have roster needs at cornerback, linebacker, EDGE rusher, and perhaps quarterback – mock drafts as of late December and early January tend to send a CB to Minnesota.

And for the second time in a notable mock draft, Pro Football Focus drafted Ahmad Gardner (or Sauce) to the Vikings in its latest edition with the 12th overall pick.

Gardner is a defensive back from the University of Cincinnati who never allowed a touchdown – in three years.

In more detail on the pick of Sauce to the Vikings, PFF’s Anthony Treash opined:

“The impact of Sauce Gardner, who allowed zero yards to Alabama, played a big part in that. The 6-foot-3, 200-pound corner’s performance in that final outing capped off what will forever be known as one of the best seasons — and careers — from a collegiate defensive back. He allowed 117 yards across 14 games and 482 coverage snaps this year. And what makes that even more impressive is that he did that playing mostly on an island in press-man coverage. Gardner closed out his three years playing over 1,100 coverage snaps without a touchdown allowed. He has the length, movement skills and mentality that NFL teams covet.”

When the 2021 season caps, Cameron Dantzler is scheduled to be the only starting-caliber cornerback on the Vikings roster for 2022 Bashaud Breeland was waived weeks ago. Patrick Peterson may or may not return after a one-year deal – that probably depends on Mike Zimmer’s employment. And Mackensie Alexander played 2021 on a one-year agreement.

That leaves the Vikings in a paltry state at cornerback.

Alas, with or without Mike Zimmer who is world renown for influencing the selection of cornerbacks, the Vikings will be in the market for corners. Evidently, PFF believes the 1st Round of the 2022 NFL Draft is the smart place for replenishment.

Garnder’s scouting report is marvelous. He does almost everything well, with some room for improvement in areas like long speed. Gardner isn’t slow, but he isn’t the fastest man in the world.

Inside the last eight drafts, Minnesota has drafted four cornerbacks in Round 1 – Xavier Rhodes, Trae Waynes, Mike Hughes, and Jeff Gladney. None play for the team anymore. That regrettable fact is, on top of that realization, drafting four CBs in eight years is a multitude compared to other franchises.

However, that doesn’t deter PFF from sending another corner to the Vikings. This time he’s saucy.