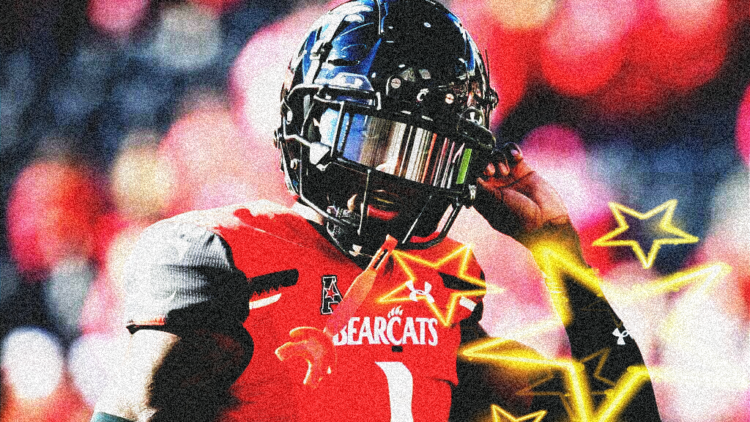 Ever so slightly, a pivot to mock-draft season has occurred as the NFL’s 2022 draft order becomes clearer.

Thru 14 weeks of 2021, the Minnesota Vikings would draft 12th if the season ended today, possessing areas of roster need with EDGE rusher, cornerback, and probably linebacker.

One of the most prominent names in the NFL draft business is Todd McShay from ESPN, and he authored his first official mock draft on Tuesday. For some reason, he slid the Vikings down to the 15th pick, as that might be the spot he forecasts for Minnesota when the 2021 season is over.

Blending roster need with best player available, McShay sent cornerback Ahmad “Sauce” Gardner to the Vikings from the University of Cincinnati. He was the second corner off the board for McShay, who sent Derek Stingley Jr. from LSU to the lowly New York Jets with the 4th overall pick.

Here’s why McShay envisions Gardner as a fit in Minnesota:

“It’s hard to find another college corner who is trusted on an island in press-man coverage as much as “Sauce” Gardner. The 6-foot-2, 188-pounder’s 321 such snaps this season lead the nation by 61. And despite that big ask, Gardner has yet to allow more than 13 yards in a single game this year. (As an aside, I can’t wait to see his Cotton Bowl matchup with Jameson Williams, who averages 21.3 yards per catch.) Minnesota’s top three cornerbacks — Patrick Peterson, Bashaud Breeland and Mackensie Alexander — are all on expiring deals, and Gardner’s speed, ball skills and lockdown traits would help address a pass defense allowing 8.9 yards per attempt (27th in the NFL).”

Somehow, cornerback is indeed a requirement for the 2022 Vikings. Expiring deals are on the agenda for veterans Patrick Peterson and Mackensie Alexander, and it is unclear if either man will re-up with the Vikings (mentioned above by McShay, too). Mike Hughes – who is playing marvelously in Kansas City – was traded last offseason. Former 1st Rounder Jeff Gladney is out of the NFL. Plus, Bashaud Breeland is only committed to Minnesota for two more months. That leaves Cameron Dantzler as the last man standing, so to speak, in the 2022 CB room. Yikes.

So it’s no wonder McShay sent some Sauce to the North Star State. Unless Peterson, Alexander, or Breeland return, the status of the Vikings 2022 cornerbacks is panic-worthy.

Wouldn’t it be strange – in an offseason that will likely be sans Mike Zimmer for the first time in nine years – if Minnesota is targeting 1st-Round cornerbacks? The Vikings pump out weird stuff so frequently, and this phenomenon is just another chapter. Irony, to be sure — as Zimmer was notorious for coveting corners. And he might not even be a part of the organization when it targets yet another.

On the whole, though, get familiar with Sauce. Minnesota needs a CB, indicating his addition to the Vikings roster via the 2022 NFL Draft is plausible.