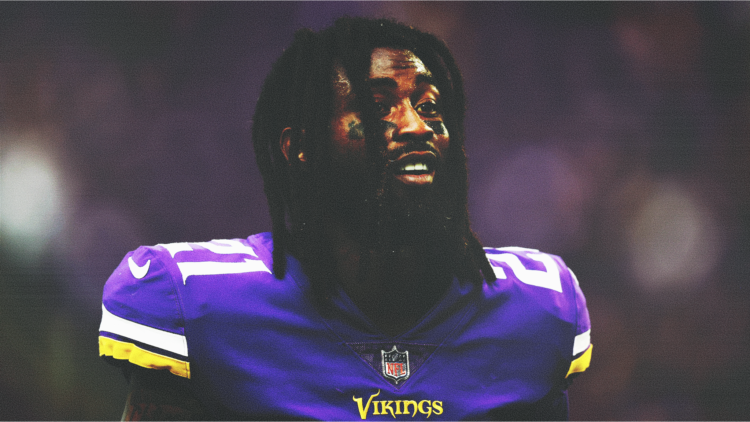 The Bashaud Breeland era in Minnesota is over, lasting 13 starts for the defensive back.

On Saturday afternoon, the team waived Breeland mere hours after designating the ex-Chief as Questionable on the weekly injury report. As it turns out, there was no injury at all. Instead, Breeland was reportedly involved in a practice altercation with coaches and players.

Breeland’s release is the culmination of a bizarre season, including topsy-turvy performance on the field, a bizarre sexual tweet, and a generally brash persona.

For production, Breeland showcased a 109.0 passer-rating-against, allowing seven touchdowns in 2021 — or 29% of all aerial touchdowns surrendered by the Vikings. His 47.2 grade from Pro Football Focus was underwater, too, ranking 117th in the NFL of 119 eligible cornerbacks.

Regardless, fans grew to love his eccentric ways, none more telling than this tweet after a Vikings win in October.

The heavy implication from this now-infamous tweet was Breeland needling fans for a reaction. On the day of this tweet, home fans booed loudly when Breeland was flagged for a penalty. Nevertheless, a campaign to send Breeland to the Pro Bowl on Twitter persisted. The man even won a “VikingsTwitter Award” for Best Newcomer Account.

In the immediacy of his exodus, Breeland handled the news with grace, tweeting his gratitude to the Vikings organization for a chance.

Minnesota will now turn to a hodgepodge of depth cornerbacks for relief, including Harrison Hand, Kris Boyd, Tye Smith, and Parry Nickerson.

The Vikings rank 25th in passing yards allowed through 14 weeks.