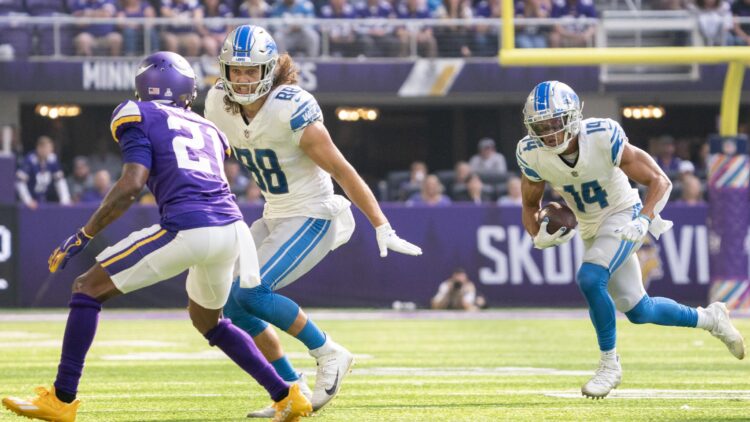 For the second time in three weeks, a Minnesota Vikings defensive back tweeted questionable thoughts after a win.

The Vikings survived late-game heroics from the Detroit Lions on Sunday, edging their divisional foe 19-17 in a bittersweet affair. Minnesota entered the contest 10-point favorites but seemed content with a seven-point lead for most of the second half. As a result, the Lions took advantage of late Vikings mistakes to shockingly take the lead with under a minute to go.

Thankfully, Minnesota drove the ball into field-goal position where kicker Greg Joseph drilled a 54-yard field walkoff field to win the game. But elation wasn’t on the docket for fans. Instead, Minnesota found a victory riddled with relief while nearly bungling a game it should’ve won by two to three scores.

In the 4th quarter, cornerback Bashaud Breeland experienced some boos from the home crowd. He even egged on the spectators with a taunt:

The strange engagement didn’t stop there. After the game, Breeland tweeted this:

In the last couple of decades, Vikings players are not immune to weird behavior like this — DUIs, a Love Boat, a fake penis for drug tests, etc. This tweet from Breeland, though, is puzzling because of its rather raw metaphor.

And the week was an eventful one for the Vikings CB2. When asked about his last-in-the-league grade from Pro Football Focus on Friday, Breeland fired back at a reporter, questioning his ability to report on the team:

Two weeks ago — also after a win — the primary contender for Breeland’s job, Cameron Dantzler, tweeted-then-deleted this:

In both situations, someone (presumably from the Vikings front office) got to the players, likely instructing the men to get rid of the posts.

The cornerback drama amid the recent wins occurred at a time the Vikings desperately needed to fix the passing defense. Before the Week 5 game versus Detroit, the Vikings allowed 7.9 yards per pass, plopping them as the NFL’s fifth-worst team in the metric.

Such tweets from Breeland and Dantzler happen in an era when a player’s personal opinion is tricky to balance with the betterment of a team. Dantzler vividly wanted more playing time and removal from the figurative doghouse he inhabited for several weeks. Breeland was irked by fans skewering his performance, choosing the “low road” with the oral sex reference as a retort.

It is unclear if Breeland will face discipline for the tweet. Dantzler did not — and he was slated to receive more playing time after a commendable showing against the Cleveland Browns in Week 4.

The Vikings travel to Carolina in Week 6 for a showdown with the Panthers.

Also Read: Vikings GM Might Already Have Next QB1 in Mind