How The Vikings Handled The Dolphins Key Players 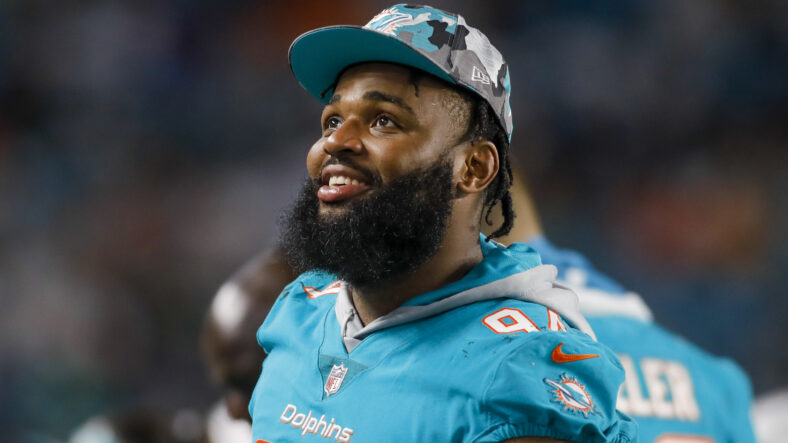 Before Minnesota’s game with Miami on Sunday, I picked four key players for the Dolphins, players who would have a big say in the outcome of the game. Of course, the Vikings came out of Florida with a win. Let’s look back at how the Vikings handled the Dolphins key players.

Miami’s star wide receiver Tyreek Hill had a massive day in terms of receiving yards. He caught 12 of 15 targets for a mammoth 177 yards. Unfortunately, that didn’t translate into points on the board for the Dolphins.

The Vikings defense had no intention of letting Hill beat them deep. The much-maligned soft-shell coverage worked once again to keep points off the board. With a player like Hill, it makes sense to play this way, especially if the defensive front gets the kind of pressure the Vikings were able to in this one.

The Dolphins offensive line is seriously banged up. So, when the news broke, that left tackle Terron Armstead was ruled out of the game. Roger Hunt became even more critical. The right guard had been enjoying a good season but managed only a 48.1 pass-blocking grade via PFF as the Vikings defense swarmed all over the Dolphin’s offensive line on their way to six sacks and two interceptions.

Another problem for Miami on the day was penalties; they had 10 penalties endorsed, costing them 97 yards. Hunt was responsible for two of them, a false start in the first quarter and a holding penalty in the fourth.

Melvin Ingram played on 24 defensive snaps, which accounted for 46% of Miami’s total. He failed to register a meaningful stat. So on a tough day for the Vikings offensive line, in hot conditions against a good defense.

That is an absolute win for the unit, which has impressed me recently. Christian Darrisaw wasn’t as dominant as in recent weeks. However, he still managed a 76.4 pass blocking from PFF and only allowed one pressure.

One of the strangest plays of the afternoon was when the Dolphins decided to put Ingram in coverage on Adam Thielen. Unsurprisingly, that ended in an easy catch and run for a first down for Thielen. Recognizing such favorable matchups are something Vikings quarterback Kirk Cousins has excelled at this season.

One player who didn’t disappoint for Miami was defensive tackle Christian Wilkins. He was dominant for the Dolphins in both the run and passing game and was a big reason for the Vikings continuously going three and out. Wilkins was a problem for the interior of the Vikings offensive line all game long.

Wilkins tallied two tackles for loss on the day and is a player the Dolphins can build their defense around. The 26-year-old former Clemson Tiger is in his fourth season in the league with the Dolphins. The 13th overall pick in the 2019 Draft will be in line for a payday very soon.