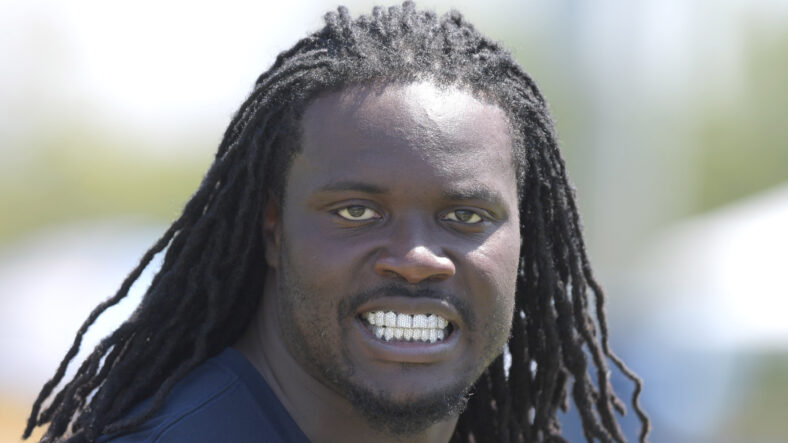 The Minnesota Vikings head into a Week 6 showdown with a battered and bruised Miami Dolphins. The Vikings will look to move to a 5-1 record against a Dolphins team whose injury report is so long that it resembles a child’s Christmas list.

Tua Tagovailoa is the only player ruled out as of Friday, but there are five players with questionable and one doubtful status.

At the start of the season, it seemed unlikely that the Vikings would head down to Florida as favorites, but with the injuries piling up and the Vikings on a roll, here we are. If the Vikings are to make it four wins in a row, who are the Dolphins key players they must account for?

When it comes to offensive playmakers, they don’t come any more dangerous than Miami’s wide receiver Tyreek Hill. His speed alone makes him a nightmare for opposing defenses, but Hill knows how to use his speed and possesses a safe pair of hands. He is undoubtedly one of the best receivers in the game right now.

After six hugely productive seasons in Kansas City, Hill was ready for a payday and made a move down to Miami. The Dolphins traded five draft picks for Hill, then gave him a four-year contract extension worth $120 million on its completion, making him the highest-paid wideout in the NFL.

Despite the Dolphins quarterback problems — it will be third-string QB Skylar Thompson on Sunday — Hill is on pace for another monster season. Averaging 108 yards per game, he is on course for 1,800 receiving yards this season at the current pace. He has had two massive games with 190 and 160 yards this season.

Last week, with Thompson at quarterback, Hill caught all seven of his targets for just 47 yards — he did also draw a long pass interference penalty. If the Vikings can keep him to similar numbers this week, it will go a long way to ensuring victory.

The Dolphins offensive line looks battered and bruised. Starting right tackle Austin Jackson picked up an ankle injury in Week 1 and has been on injured reserve since. His stand-in Glen Little has found life very difficult, as has the second-year left guard Liam Eichenberg.

Meanwhile, left tackle Terron Armstead is struggling with a toe injury, and it’s unclear if he will be able to play. That puts a lot of pressure on the two linemen who have been playing well for Miami.

At center, Conner Williams has been doing a solid job. However, the shining light on this offensive line is right guard Robert Hunt. PFF ranks him as the 4th best guard in the league after five weeks, with an impressive overall grade of 80.6. His run-blocking grade of 83.6 could be most important, as the Dolphins will need a big game on the ground to keep pace with Minnesota.

The key man for that is veteran edge rusher Melvin Ingram. Now in his 11th season, Ingram is still performing admirably. He has 2 sacks, 3 QB hits, 3 tackles for loss, a forced fumble, and 2 fumbles recoveries, one of which he took into the end zone for a two-yard touchdown. Christian Darrisaw will be the man primarily tasked with keeping Ingram quiet.

The Dolphins have moved Christian Wilkins from the edge to defensive tackle despite last year’s breakout season. The move has been successful, with Wilkins being graded as the 10th-best defensive lineman this season by PFF, who gives him an overall grade of 83.3 after five games — second only to Hill amongst Miami players. He’s strong in both run defense and pass rush and will need to be against a Vikings offense capable of being explosive both on the ground and through the air.

Vikings center Garrett Bradbury is having his best season to date but will face a stern test in the form of Wilkins. Expect the Dolphins defense to blitz often on Sunday and to exert as much pressure on Cousins as possible. Suppose Wilkins can also lead his defense to some stout run defense. The Dolphins will have a chance to slow the Vikings offense and give their rookie quarterback a chance.