Former Viking Could Land with Jets 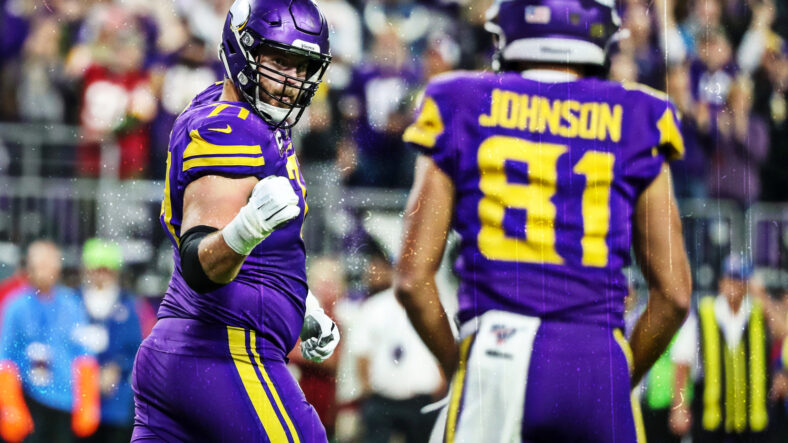 Former Minnesota Vikings LT Riley Reiff could soon land with another AFC team after spending the 2021 season with the Cincinnati Bengals. Reiff was hosted by the New York Jets for a free-agent visit on Thursday.

The 33-year-old spent four successful seasons with the Vikings from 2017 to 2020. Reiff was a part of the Vikings offseason plan five years ago to once and for all fix the offensive trenches. As a standalone performer, Reiff played well, but Minnesota emphatically did not fix its pass protection in a long-term capacity after adding Reiff.

If signed by New York, Reiff would slide into a backup OT role behind Mekhi Becton (RT) and George Fant (LT). The Jets also drafted Max Mitchell in the 4th Round of the 2022 NFL Draft from the University of Louisiana at Lafayette. And, in a pinch, Reiff is undoubtedly good enough to start.

The Jets would experience a consistent tackle who’s played on both sides of the offensive line. Reiff has started 139 games in his career, mostly at left tackle but also with some tenure on the right side. He was drafted from Iowa by the Detroit Lions in the 1st Round of the 2013 NFL Draft and has fired up a grade below 67.0 from Pro Football Focus just once.

Reiff has never been ranked below 50th at his position by PFF in his career.

The Vikings moved on from Reiff following the 2020 season, opting for a youthful, forward-facing solution at left tackle. Minnesota drafted Christian Darrisaw in Round 1 of the 2021 NFL Draft, affording the Virginia Tech alumnus starting snaps midway through the 2021 season when he became healthy. For the most part, Darrisaw was effective.

Reiff was on the Bengals roster in 2021, a team that unexpectedly trudged to the Super Bowl. But Reiff was injured late in the regular season and did not participate on the field in the playoffs.

As a member of the Vikings for four years, Reiff was always a dependable asset in the trenches, whereas others often floundered. Accordingly, he’s viewed by most Vikings fans in a positive light.

If Reiff signs on the dotted with the Jets, he’ll reunite with former Vikings teammates Tyler Conklin (TE) and Dru Samia (OG).