Extra Draft Picks on the Way for Vikings Next Year 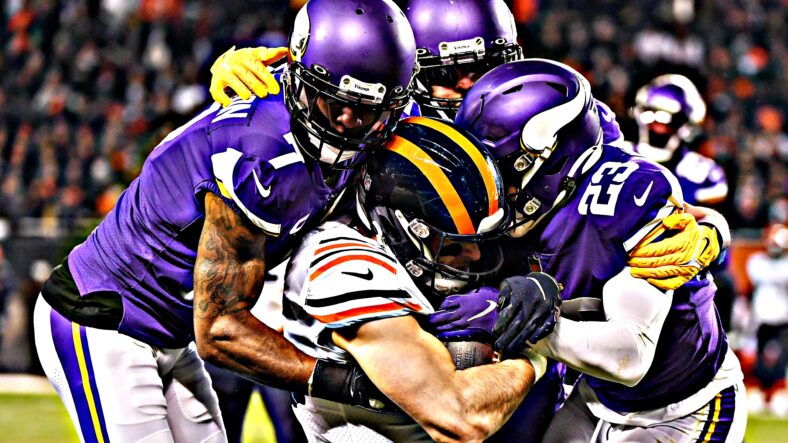 Minnesota Vikings general manager Kwesi Adofo-Mensah routinely speaks about roster-building as “putting together a puzzle,” and next year, he’ll have a couple of additional pieces to use.

They’re not groundbreaking, but additional football players are never a bad thing.

Per OverTheCap.com, the Vikings are on track to receive two extra 6th-Round picks in the 2023 NFL Draft. If a team loses more free agents in an offseason than it acquires, the organization is granted compensatory pick(s) for the following year’s NFL Draft.

The “kickers,” so to speak, for the recent free-agent class were Xavier Woods and Mason Cole.

Woods joined the Vikings in 2021, staying just one season but having a decent impact. He graded a 66.4 score from Pro Football Focus with the Vikings, hitting free agency in March. Woods wound up signing with the Carolina Panthers, his third stop in a career that began in 2017.

Additionally, Mason Cole departed to the AFC. Cole was a sturdy substitute on the Vikings offensive line, which was an invaluable commodity because Minnesota’s offensive trenches are habitually problematic. He chose not to stick around in the North Star State, though, leaving for the Pittsburgh Steelers last month. There, Cole is projected to start at center, tasked with keeping QB1 Mitchell Trubisky upright — or whoever Pittsburgh drafts at quarterback at the end of the month.

Replacing Woods, for now, in Minnesota’s 2022 defense will be second-year Camryn Bynum. And some RG candidate will emerge to take over Cole, probably Chris Reed or Jesse Davis, two new free-agent signees by Adofo-Mensah.

So, that’s the verdict. Woods and Cole land decent deals elsewhere in the league, whereas the Vikings, for good measure, collect two 6th-Rounders next year.

The full compensatory process is explained here for inquiring minds.

The Vikings have no compensatory picks in the 2022 draft. But courtesy of former general manager Rick Spielman, Minnesota has three 6-Rounders to use at the end of April.

Last year, the Vikings had a couple of compensatory picks but traded one to the New York Jets in the Christian Darrisaw deal and the other to Arizona for the acquisition of the aforementioned Cole.