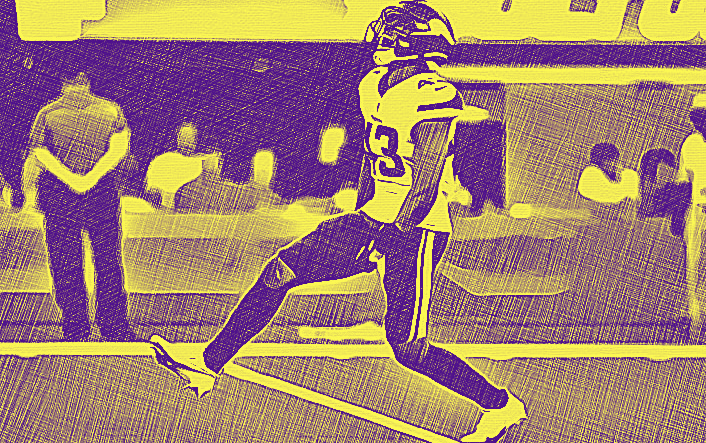 If the Minnesota Vikings make no more free agent moves or relent from drafting a safety in this month’s draft, second-year defender Camryn Bynum, almost by default, will be the team’s starting safety opposite Harrison Smith in the autumn.

And that’s just fine with Smith, evidenced by his endorsement of Bynum on Monday.

The Vikings returned for the 2022 campaign this week, as veteran players checked in at TCO Performance Center in Eagan for voluntary team workouts. The 2022 team is a different twist, retaining most of the same players but opting for new leadership in Kwesi Adofo-Mensah as general manager and Kevin O’Connell as head coach.

One spot in which Adofo-Mensah has operated quietly in free agency is the aforementioned safety position. While he bolstered the defense with signings of Za’Darius Smith, Jordan Hicks, and Harrison Phillips, Adofo-Mensah really hasn’t touched the safety portion of the depth chart.

And per Harrison Smith, that’s okay.

Smith said about Bynum on Monday, “Cam balled last year whenever he got the chance, so that’s on tape. He’s a smart guy, really productive player, and he’s one of those guys you want to have in your room. He’s a great presence, is very energetic, just a good guy to be around.”

Smith is correct. Bynum shined as a starter in Smith’s absence last year. And no one saw it coming. All told, Bynum played 21% of Vikings defensive snaps in 2021, earning a commendable 78.3 grade from Pro Football Focus as a rookie. Had his 211 snaps been enough to qualify for PFF’s safety leaderboard, he would’ve graded as the NFL’s ninth-best safety — not a bad building block for a player with sights set on a sophomore campaign.

If Bynum is anointed the starter next to Smith, both will set forward on a brave new world because the Vikings will showcase a 3-4 defense for the second time in the franchise’s 61-year history. Mike Zimmer famously implemented a 4-3 defense, but new defensive coordinator Ed Donatell will utilize a hybrid 3-4 scheme.

Some veteran safeties are still available on the open market if Adofo-Mensah has merely been patient about supplanting Bynum on the depth chart. Landon Collins and Jaquiski Tartt are notable examples.

Too, if some draft scenarios come to fruition, Minnesota could snag Notre Dame safety Kyle Hamilton in the draft with the 12th pick. But that is more of a utopian longshot affair than reality. Hamilton is classified by some as the best player in the NFL Draft, but curiously, some mock drafts plunge him down the board to Minnesota. Choosing Hamilton would be irresistible for Minnesota — especially as Smith encounters the twilight of his illustrious career.

Overall, though, with no notable free-agent signings at safety, Smith’s endorsement, and Bynum’s impressive rookie campaign, Bynum will probably be the starter in Week 1.