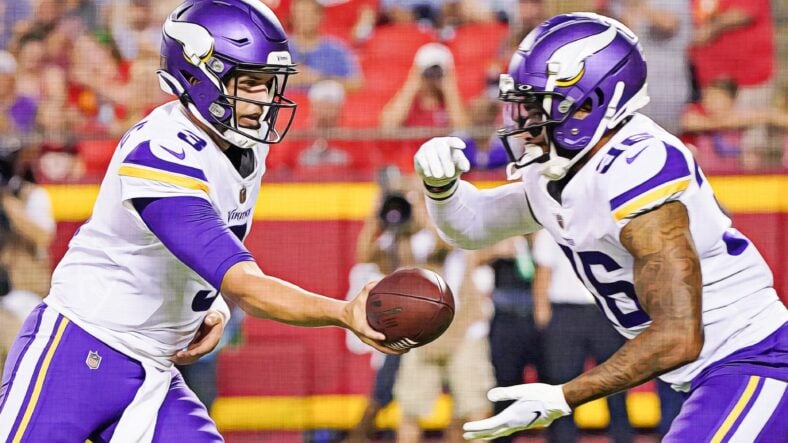 Now, Rose is getting another look in the NFL, joining the Los Angeles Rams on Wednesday.

An undrafted free agent in 2021 from Kentucky, the Vikings added Rose to the roster in a practice-squad capacity. He performed marvelously in the preseason last summer for Minnesota, leading some fans to believe he could make an impact at some point in meaningful regular season action.

Rose never received that opportunity with the Vikings, unable to get on the field in the 2021 regular season. And when the franchise drafted Ty Chandler from North Carolina in the 2022 NFL Draft, that all but sealed the deal on Rose’s Vikings fate.

It is unclear if Rose will make the Rams 53-man roster in September. Including Rose, Los Angeles now has seven (!!) running backs on the summer roster, meaning the former Viking will have to do something extraordinary to outlast three or four of the other men. But if the 2021 preseason is any indication, Rose has the capability of making a splash when called upon.

In fact, the Vikings preseason offense struggled so miserably in 2021 that Rose was the only source of offensive points. Indeed, the Klint Kubiak-led offense floundered during exhibition games, and handing to ball to Rose was the only solace for production.

The Vikings will play the Rams again for sure in 2024, as Minnesota travels to Los Angeles. If both teams finish in the space spot for divisional standing — for example, both teams finish in second place in their division this season, respectively — they’d play at U.S. Bank Stadium in 2023.