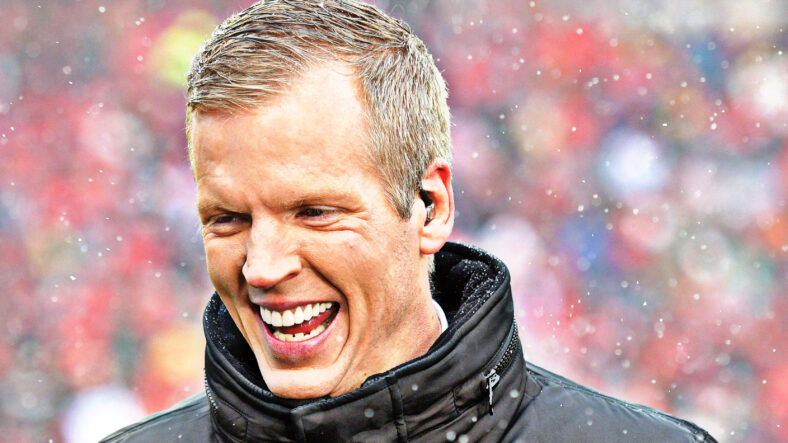 Simms produces an annual pecking order of the NFL’s quarterbacks from top to bottom, and for 2022, he pegs Cousins as the league’s 16th-best QB — smack dab in the middle of the pack.

Revealing the rungs on the ladder gradually, Simms is counting down the NFL’s top quarterbacks, and he believes Cousins is sandwiched between Baker Mayfield (#17) and Ryan Tannehill (#15).

Simms’ 16th rating for Cousins is consistent with most of the popular opinion about the Vikings as of late — everything is mediocre [is the mindset by many]. Cousins even has a career “quarterback record” of 59-59-2 (.500), which appropriately fits the narrative of his skillset.

Last year, however, Cousins was around the league’s ninth or 10th-best quarterback, per the numbers. This is how Cousins fared via all QB metrics in 2021:

Those five rankings average to a “9.2,” so when an analyst like Simms plops Cousins at #16, he’s essentially shrugging shoulders and affirming statistics don’t matter — or at the very least, don’t matter when Cousins is involved in the discussion.

For comparison. this is how Matt Ryan, who was 14th on Simms’ list, fell by the numbers of the above-listed QB metrics:

Those numbers average “19.6,” indicating Simms knows something the rest of the world does not about Cousins vs. Ryan, as 9.2 vs. 19.6 is quite the variance.

Unsurprisingly, Cousins was also ranked 16th in Simms’ edition of these rankings last year. Ergo, his system is not indicative of future performance. Ryan ranked one spot ahead of Cousins per the Simms’ list last year, too.