Can The Vikings Really Compete With The NFC’s Elite Teams? 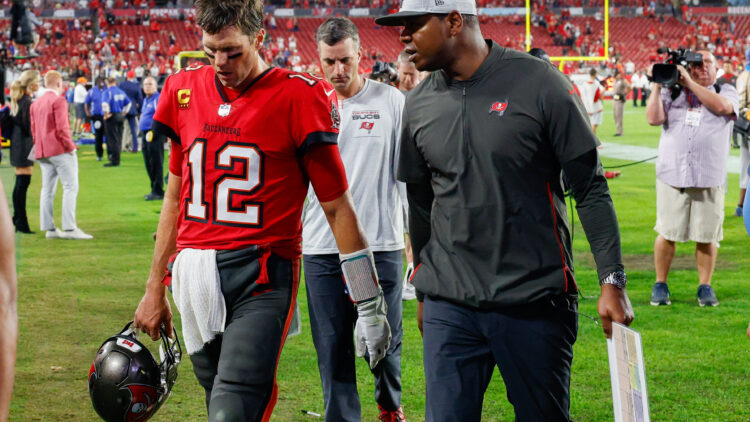 The Packers, Bucs, and Rams are the clear-cut, top 3 NFC teams heading into the season. One could argue that all 3 will be less dangerous than the 2021 iterations of themselves. Nevertheless, we’d have a difficult time finding a team that looks better than a trio that includes the two most recent Super Bowl winners alongside a team that has gotten to 13 wins in three-straight seasons.

If they want to get to the Super Bowl, the Minnesota Vikings will need to overcome these teams. For whatever it’s worth, all three have had some notable subtractions during the offseason.

These changes, of course, don’t guarantee a step back. Perhaps all three teams handle these challenges with ease, seamlessly transitioning to young guys, free agent additions, and new coaches. That being said, it would be fair to expect them to face at least some challenges while they navigate the notable subtractions.

Meanwhile, Minnesota has some reason for optimism. Have they done enough to bridge the gap? For the Vikings to get to the top of the NFC, they’ll need a fair bit of luck to go their way. Staying healthy and peaking at just the right time are crucial.

Seeing Kirk Cousins lead this team to wins throughout the whole season will be of the utmost importance. Indeed, the well-paid QB has a disproportionate impact on the game’s outcome. Minnesota needs their QB not just put up good stats but the right stats. Making a smart, sensible play that goes for 11 yards on 3rd & 16 is a good play. Somehow finding a way to get 17 yards even though it came with risk is a great play.

Many would insist that a large part of what sets the Packers, Bucs, and Rams apart is that they all have a better QB situation. There’s no debate that Aaron Rodgers and Tom Brady are a lot better than Cousins. Some will quibble with the insistence that Matthew Stafford is better, but the guy just led his team to a SB in his first year with LA. A recent survey of league execs, coaches, and players suggests that Stafford is quite a bit better.

Cousins will need to be unusually strong to see Minnesota break into the conference’s top tier. The Minnesota roster is improved but not without flaw. A great QB can overcome these flaws.

In one sense, the path to the playoffs has never been less perilous. Seven teams get in instead of six, a reality that makes a massive difference down the stretch. The Vikings, of course, have failed to capitalize on the expanded tournament in recent seasons, leading to the offseason change in leadership. It’ll be Year 3 of the seven-team format, and next to no one on the roster will be safe if this team doesn’t at least get into the postseason (Justin Jefferson and Christian Darrisaw being two of the main exceptions).

If they make the postseason, the task will involve taking down teams that – from our current vantage point – look to be quite a bit better. We’ll see if the Vikings have what it takes to not only get into the playoffs but also put together an unlikely Super Bowl run.