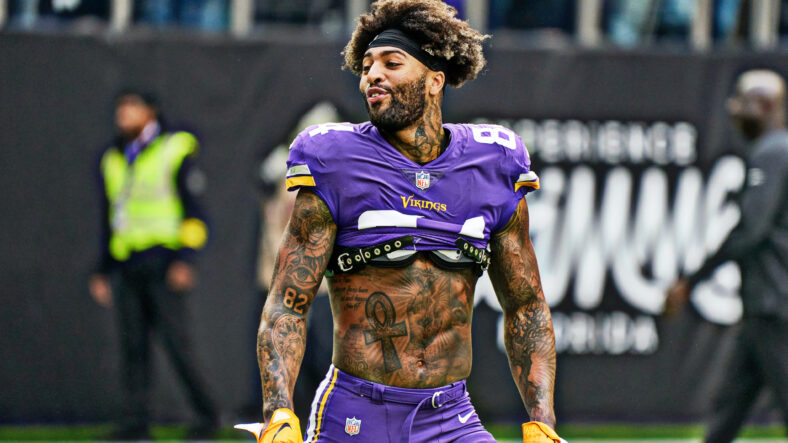 This is the Vikings probability meter before Week 5 against the Chicago Bears.

FiveThirtyEight decided after the Vikings win over the New Orleans Saints that Minnesota was the 13th-best team in football with the 7th most-likely odds to reach the playoffs.

The Vikings must now play slightly about .500 football in the next 14 weeks to stamp a playoff ticket. A 7-6 record in the next 13 games would likely do the trick.

The New England Patriots just couldn’t do the Vikings any favors by dropping the Green Bay Packers — even though they possessed a reasonable opportunity. Instead, the Patriots ran the ball down the stretch of the game at Lambeau Field, and that will never knock off an Aaron Rodgers-led football team.

Still, the Vikings playoff odds rose substantially, and the team would now have to encounter a vast drop-off to fade from the playoff-projection map.

Minnesota’s odds per sportsbooks of reaching the postseason increased after Week 4, probably because the Saints were “right there” in the mix for playoff contention, too. Plus, Minnesota won on the road, and 7 of its remaining 13 games will occur at U.S. Bank Stadium.

This site leans heavier on wins’ and losses’ impact on the postseason. It doesn’t factor in predictive, intuitive measures like FiveThirtyEight. It considers the Vikings as honest-to-goodness playoff contenders. According to the site, the Vikings are the fifth most-likely franchise to reach the postseason. Minnesota even has better odds than the Packers, per PlayoffStatus.com. Green Bay is at 60%.

The Vikings take on the Bears in Week 5 at U.S. Bank Stadium.