Bleacher Report’s ‘Rookie Gem’ Pick for Vikings Is a Surprise 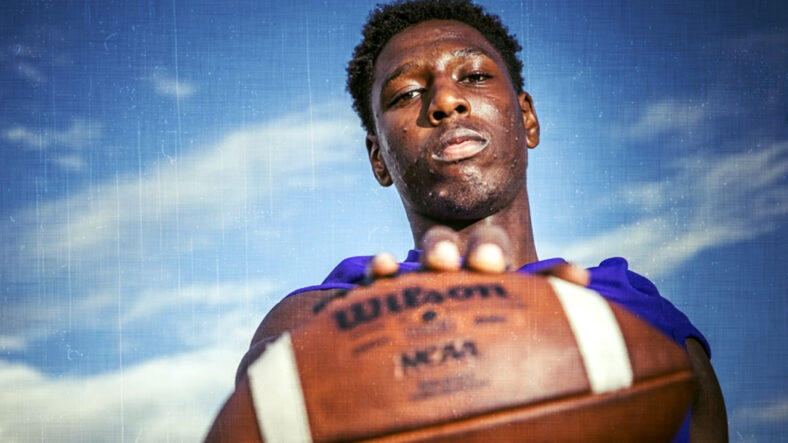 The Minnesota Vikings ended a decade-long drought during the 2022 NFL Draft, selecting a player from the Minnesota Golden Gophers for the first time since linebacker Nate Triplett in 2010. And now there’s a mini-hype train attached to that player, as Bleacher Report nominated defensive lineman Esezi Otomewo as a Vikings “surprise rookie gem” to emerge.

Ian Wharton of Bleacher Report chose a player from each NFL team to surprise the masses in an unforeseen manner, and for Minnesota, that wasn’t Jalen Nailor, Ty Chandler, or Nick Muse. Instead, Wharton detailed big plans for the Gophers defender.

Otomewo was plucked out of the 5th Round in April by general manager Kwesi Adofo-Mensah, late-round fruit of trades with the Detroit Lions and Green Bay Packers. The Draft Network called Otomewo “an intriguing developmental defensive lineman that offers prototypical size, length, and power to serve as a hand-in-the-dirt base end at the NFL level.”

The new Viking has Nigerian roots and played high school football in Indiana.

At the University of Minnesota, Otomewo played 34 games, notching 81 total tackles and 7.5 sacks. He’s a humongous man, standing 6’6″ and weighing 282 pounds. He majored in Business & Marketing Education. Exiting high school, Otomewo was considered by some draft scouts as the best EDGE rusher in the state of Indiana.

Accordingly, Bleacher Report has big plans for Otomewo as the Vikings surprising rookie gem, stating, “He has ready-made NFL strength and keeps blockers off his frame thanks to his length. Otomewo is stiff so he’s not a stand-up edge threat, but the positive is he doesn’t have to compete with Danielle Hunter and Za’Darius Smith for snaps. Instead, he’ll play in relief of Harrison Phillips and Armon Watts.”

The noteworthy part here is the redefinition of his potential role. Amid the lead-up to the draft, most draft scouts identified Otomewo as an EDGE rusher, but Wharton pumps the brakes on that, forecasting a role for him in the guts of the Vikings defensive line. Indeed, Hunter and Smith have dibs on the EDGEs of Minnesota’s defense, so, if Bleacher Report is correct, interweaving Otomewo with Phillips and Watts checks out.

To effectuate the Wharton plan, Otomewo will have ample completion. The job certainly isn’t “his” out of the gate. He’ll have to nudge these depth players from their DL aspirations:

As one can see from the list, though, an Otomewo ascension wouldn’t be too difficult with that cast of characters.