Bleacher Report Suggests Veteran Vikings CB May Not Start in 2022 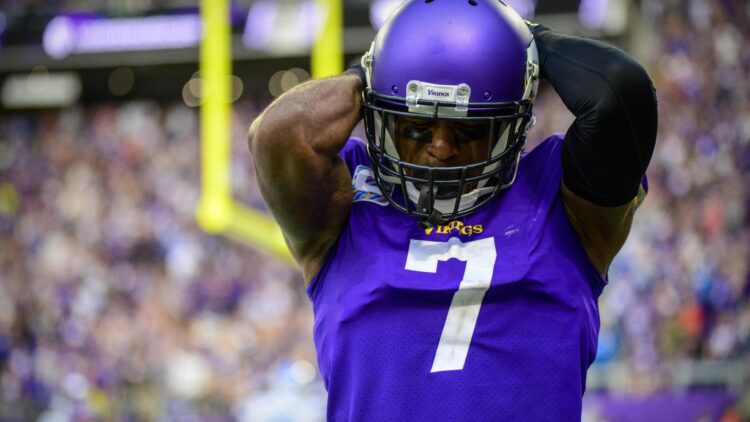 Three months ago, the Minnesota Vikings weakest roster spot [by a mile] was the cornerback position. In early March, the CB room consisted of Cameron Dantzler, Kris Boyd, Harrison Hand, and a few others.

Now, though, the conversation about cornerbacks has evolved into “too many” to start.

And boom — the team had a full slate of cornerbacks for another Super-Bowl-or-bust season.

The crowded house is now so vivid that Bleacher Report speculates Peterson, the All-Pro veteran presence among the corners, may not start in September. Alex Ballentine of Bleacher Report outlined every team’s most important training camp battle for the summer, and he theorized Peterson could be the odd man out, “Patrick Peterson played the most snaps of the group last season, but he can’t be penciled in as the No. 1 corner this season. The 32-year-old had only one interception and five passes defended in 13 starts, both of which were tied for career lows.”

Peterson posted a 63.0 grade from Pro Football Focus in 2021 and is clearly not as prolific as his All-Pro days from the Cardinals portion of his resume. However, he was arguably the most trustworthy Vikings cornerback last season, so a demotion to the bench would be odd.

Plus, Peterson signed back on with the Vikings for a reason. If he felt a CB3 or CB4 prognosis coming around the bend, he might’ve been best served to sign with a team like the Kansas City Chiefs, a bonafide Super Bowl contender — and a franchise mentioned by Peterson himself as a possible landing spot before he re-upped with Minnesota.

Overall, it would not be absolutely stunning if the aforementioned Dantzler or Booth seized the CB1 and CB2 jobs, but the hypothesis relies on lofty hopes for young players, especially a rookie like Booth, who has yet to take any practice, preseason, or regular season snaps as a pro.

Peterson should be perceived as a Vikings starting cornerback — until he isn’t physically on the field when to start a game.

After all, Peterson is only 31 years old. He is not ancient.