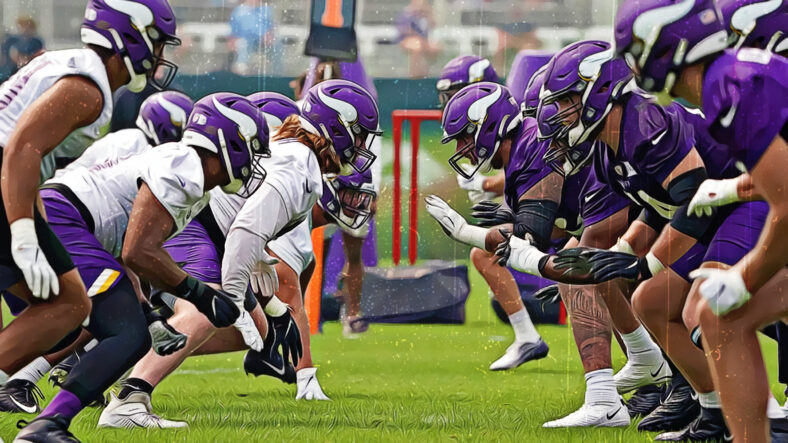 In the aftermath of Rick Spielman and Mike Zimmer’s terminations in January, few reports lift up a culture of harmony down the stretch for the Minnesota Vikings. Instead, the atmosphere was described as “fear-based” and non-collaborative. And this week, according to Vikings cornerback Kris Boyd, the leadership figuratively possessed tight anuses.

Speaking to Patrick Peterson on the All Things Covered podcast, Boyd sarcastically declared about the Vikings coaching staff, “They would walk around with their assholes, like, tight.”

Boyd continued, “[They] would always be strict about everything. Like any time you messed up, it’s like the world ended.”

The musings from Boyd are a mere confirmation of items learned in the last few months. The former regime ran the Vikings in a rigid, old-school, Parcellsian way — and those traits are not conducive to solidarity if the team is not winning. When Minnesota was rocking and rolling during the 2017 season, wins were flying into the ‘W’ column, and tactics seemed passable or even preferred.

But when losing starts — or in the Vikings recent case, the mediocrity set in — fear-based anything rubs the folks involved the wrong way.

Boyd’s comments are the latest in a week that vivified more 2021 Vikings disharmony. Kellen Mond’s father, Kevin, explained his son was in a “Mike Zimmer doghouse” after Rick Spielman drafted Mond instead of a player Mike Zimmer desired (of the defensive variety).

Cornerback Cameron Dantzler also opined his dismay at spending time on the bench, even when the other player on the field in 2021, Bashuad Breeland, performed miserably.

So, notably, since the change in leadership, a handful of misgivings have come to light:

And that’s probably why players, like Adam Thielen, feel rejuvenated.