Don’t Fool Yourselves, Vikings Fans Have Much to Be Thankful For 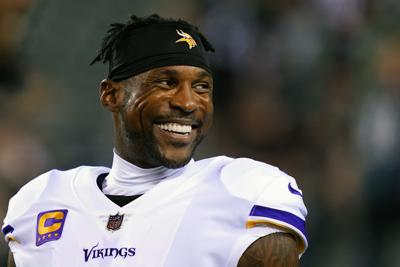 Happy Thanksgiving Purple Nation! Here’s to hoping that today you’re able to find time for relaxing, time for spending time with loved, time for enjoying your favorite foods and then tonight, time to flick on the tube and watch the Minnesota Vikings take on the New England Patriots at home!

For most Minnesota Vikings fans, they’ll welcome the taste of sweet stuffing and flavorful turkey today as it will likely be a good opportunity to rid themselves of the bad taste left in their mouths following Week #11’s blowout loss to the Dallas Cowboys. Still, Minnesota Vikings coaches, players and fans truly do have a lot to be thankful for stemming already from the 2022 season.

I mean, despite their last performance, the team is still 8-2 on the season and well on their way to their first playoff berth since 2019. Whether you think they eeked out their victories, played sub-par teams or beat backup quarterbacks along the way, they found ways to win games that just one year ago they were finding ways to lose. And they’ve done so eight times already. That leaves them with a “magic number” of only three. That means that any combination of Vikings wins and second place NFC North losses and the Vikings will wrap up a home game in the 2022 Playoffs!

Next up, there’s reason to be thankful for Kevin O’Connell and the breath of fresh air that he’s brought to the organization already. We’re not here to hate on Mike Zimmer and over look his accomplishments as head coach, but at the same time when they previous style has worn out it’s welcome, flipping the script and improving on some of the short comings already in year #1 should be met with open arms. The fans can feel it, the experts can see it and the players are noting it left and right. To just to the conclusion that shift has led to at least a portion of the Vikings success in 2022 is not that far of a leap. When morale is improved, the focus on getting the job done is the lone goal. There’s no tip-toeing around Kevin O’Connell, he’s a player’s coach, a leader of men, and then a football coach and the order of those events is important with today’s players.

I don’t know about you, but I’m thankful for #18 in purple! Justin Jefferson is arguable then best wide receiver in the league and anybody wanting to get into that argument is going to have to come at it hard if they want to change our minds. He’s got a good shot tonight to become the leading yardage receiver all-time through the first three years of a career and continues to dominate games on a regular basis. The best part, it’s no secret. There’s no hiding his talent, the other team knows that he’s the focus of the offense and he still goes out and puts up gaudy numbers. Coming into what are sure to be record setting contract negotiations during the offseason, Jefferson is giving the Vikings no concerns heading into the future as they prepare to back up the Brinks truck and lock him in long-term.

And last but certainly not least, we should remain thankful for the current status of then team. It’s not too often that teams reset with a new General Manager and a new Head Coach in the same here and blow away the competition. The Vikings are most assuredly ahead of schedule when you factor in the reboot that took place just this past offseason. It appears as if you’ve got a good leader in O’Connell, you have a new age thinker who’s a mover and shaker in Kwesi Adofo-Mensah, you’ve got a star wide receiver, you’ve got a competent quarterback, just acquired a pass catching tight end, have developed the defensive line with two edge stars and still have room to grow through free agency in 2023 and the 2023 NFL Draft. This very easily could have gone the other direction and left us all with a full fledged rebuild and only a high draft pick to hang our hats on.

It might not be perfect with our Minnesota Vikings, but it really ain’t that bad either. We have a lot to be thankful for with our beloved Purple and no matter what happens tonight against the Patriots, all of this remains true!