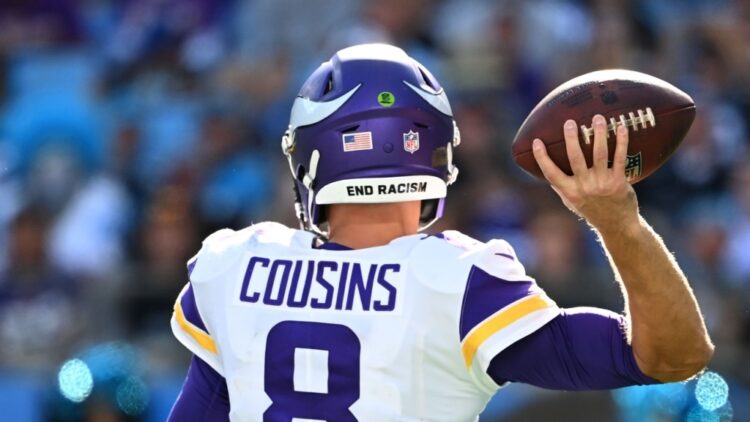 The work week got off to an explosive start on Twitter when a rumor emerged that the Carolina Panthers called the Minnesota Vikings with some interest in quarterback Kirk Cousins. The exchange was first reported by Adam Patrick of The Viking Age in a conversation with SKOR North’s Judd Zulgad.

Of course, the topic of whether or not Cousins gets traded has been discussed ad nauseum in Viking fandom. It seems that at some point in the near future, Minnesota is going to have to address the QB position as Kirk Cousins enters his age-34 season with a cap hit of $45 million.

A Cousins trade also makes a lot of sense from the Carolina Panthers standpoint. Tom Brady and Sean Payton are no longer in the NFC South, leaving that division wide open for the taking. Christian McCaffrey needs to prove that he can come back healthy enough to play a whole season, but if he does that, Carolina is a talented team…except at the quarterback position. Since the Cam Newton era ended, the Panthers have thrown out a multitude of quarterbacks to run their offense, and that led them all the way back to Newton once again at the end of 2021.

The Panthers are also one of the teams that could offer up a considerable amount of draft capital in return for Cousins. Currently, they hold the sixth overall pick in the 2022 draft. Over the weekend, I brought up Carolina as a team that could be looking to trade down in the draft with the Minnesota Vikings. They could be planning on taking a QB with that pick anyway, so why not bring in a proven veteran to try and chase after a division title?

From a Vikings standpoint though, I am not a fan of this trade. Assumedly, the Vikings would get that sixth overall pick in this trade, but that is the only thing intriguing me. Even then, this feels like one of the worst draft classes in a long time to go after a QB, so having two picks in the top-12 is a lot less valuable than it would be in other years.

So what do the Vikings do at the quarterback position in 2022? Well, the most likely option is Sam Darnold and his 1-year, $18 million contract being included in the trade. I implore anyone on board with this trade to watch Darnold’s games with the Panthers this past season. He would be a bridge QB to the highest definition and shouldn’t inspire a ton of confidence as a long-term option.

Additionally, Carolina doesn’t exactly have the cap space to take on $45 million, so it is likely the Vikings still have to pay some of Cousins’ contract. Let’s be conservative and say they still pay $10 million. That means they are paying $28 million in 2022 at the quarterback position. I for one don’t think that’s any better than just sitting down with Cousins and getting an extension done.

My final thought is one that I’ve mentioned before. With the NFC North in limbo because of Aaron Rodgers’ future, it makes very little sense for Minnesota, the consensus second-best team in the division, to be moving on from a veteran QB. The Vikings should be sharks smelling blood in the water and double-down on creating a competitive roster with the division (and conference) completely wide open this season. A Cousins trade with Carolina does not accomplish that.