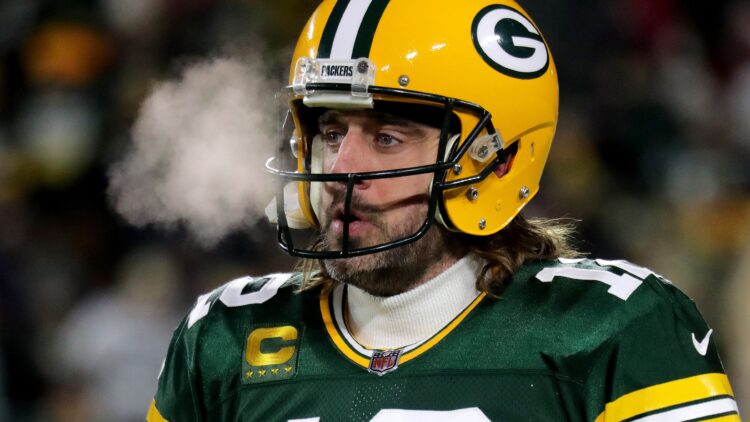 At this point, we should have never expected anything else. Over the past ten months, Aaron Rodgers and his future in Green Bay has been scrutinized in detail after his infamous draft day trade demand in April 2021. Of course, relations between Rodgers and the Packers improved enough during the summer for him to return as Green Bay’s QB during the 2021 season. That season was largely successful, bringing another NFC North title and MVP award before ultimately losing to the San Francisco 49ers in the divisional round of the playoffs.

Then after that loss, it was back to the rumor mill. Discussions of where Rodgers would play or if he would play at all commanded headlines across the country, and then late Monday night it culminated in an emotional Instagram post where he expressed gratitude for coaches, his fiancée, current and past teammates, and family members. Conveniently enough, he was also slated to go onto The Pat McAfee Show on Tuesday afternoon.

If nothing else, Aaron Rodgers is a showman that draws attention to whatever he says and does. Naturally, this meant that his interview with McAfee was watched closely by all eyes throughout the country with many anticipating an update on his future. Almost immediately though, he shut down the notion that he would be sharing any news regarding that topic.

Instead, the interview was largely surrounded upon his recent panchakarma cleanse, which sounds absolutely awful by the way, as well as more reflection upon the past year. He talked about the support he’s gotten behind the scenes from his fiancée, Shailene Woodley, and gave her a lot of the credit for his back-to-back MVP seasons because of an improved home life. Then, he gave a bit of an apology tour for how he handled his COVID/immunization fiasco from a couple months ago and how it affected the people close to him.

Rodgers did drop a couple hints that suggest a decision is coming, though. He said it would be a timely decision, and he “won’t hold anyone hostage” this time around. Rodgers also suggested that his meetings with Brian Gutekinst and the Green Bay front office went much differently this winter in a positive way.

Of course, the decision of the Packers QB has a great impact on the Minnesota Vikings as well. If Rodgers were to leave, that blows the NFC North wide open, leaving the Vikings as the likely favorites to win the division. If he stays though, Green Bay’s reign of terror probably will continue, which could increase the probability of a Kirk Cousins trade, and Minnesota moving towards a short-term rebuild. Either way, it sounds like a decision is coming sooner than later from Mr. Rodgers.