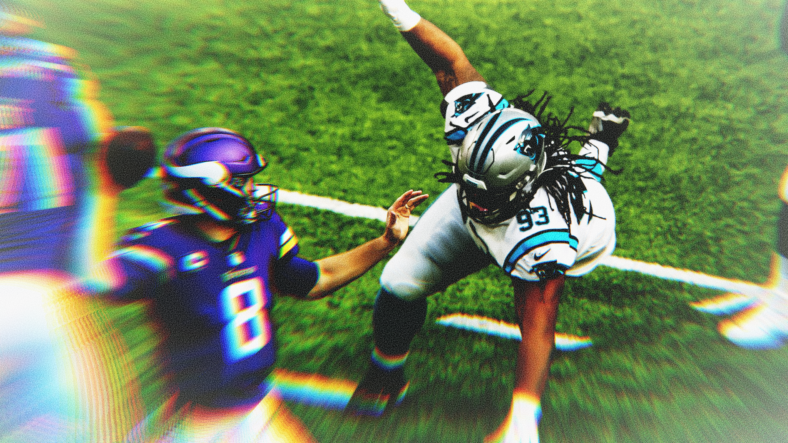 In 1977, the band Journey sang for the first time, “The wheel in the sky keeps on turning,” and it now seems Steve Perry was singing about the Kirk Cousins rumor mill. It was all a prophecy from Journey.

Why? Because the appetite and subsequent discussion on trading Minnesota Vikings quarterback Kirk Cousins is relentless. Every day, a new trade partner is theorized by someone.

VikingsTerritory listed the theoretical landing spots a couple of weeks before the Super Bowl, and our “number four” team made an appearance in the digital stratosphere on Monday.

Adam Patrick from The Viking Age tweeted the new nugget on Monday, a tip from SKOR North’s Judd Zulgad. Call it a busy game of telephone.

It’s the Carolina Panthers, and they’re a squad that will not rest until finding a sturdy quarterback. After Cam Newton diminished, Carolina bounced around from Kyle Allen, Teddy Bridgewater, Sam Darnold, and back to Newton.

And soon, Cousins could become Plan E in life-after-Newton.

The information was extracted from the Purple Daily show, and nothing allegedly came from the Vikings and Panthers discussion. Those trade chats could, though, be a starter kit leading up to the draft.

Moreover, it is unclear if the Vikings are even shopping Cousins. There are many people in the world who believe Cousins isn’t very good compared to his contractual value – and they just assume the Vikings leadership wants to trade him.

No person associated with Minnesota’s current leadership has detailed plans to trade Cousins. Instead, the opposite sentiment has been voiced, especially at Kevin O’Connell’s introductory press conference last week. The new Vikings skipper expressed optimism about building Minnesota’s offense around Cousins. And those aren’t exactly words that jell with an impending trade of the person being praised.

However, if Cousins refused to restructure his contract, the franchise might not have a choice. Cousins will slap a $45 million cap hit against the books in 2022, and the Vikings need money for free agency and the draft.

The Panthers will either draft their next guy in April or exist in the Rodgers, Wilson, Watson, or Cousins Sweepstakes’. Panthers general manager David Tepper is aggressive at the quarterback position and has $19 million in cap space this offseason. Cousins’ 30+ touchdowns per season would pair with a phenomenal Panthers defense rather nicely.

And according to Zulgad, the Panthers might’ve already started the inquiry process.

This will not be the last Cousins trade rumor your see.