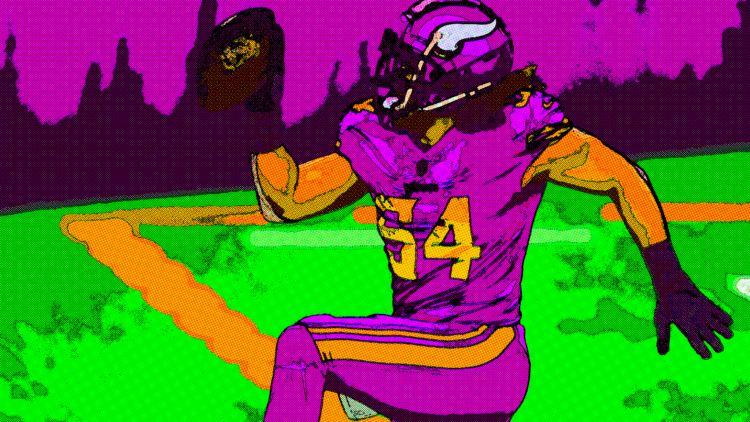 When Mike Zimmer was hired to become the Minnesota Vikings head coach 7.5 years ago, he ushered in an era of defense quasi-reminiscent of the late 1960s and 1970s squads that closed out games on the regular.

Before Zimmer, arguably from 1998 to 2010, Minnesota was an offense-first operation, aided by personalities like Randy Moss, Adrian Peterson, Cris Carter, Daunte Culpepper, Brett Favre, and Percy Harvin. Those men were undoubtedly fun to watch. But like all Vikings teams amid the last 60 seasons, Super Bowl expectations went unachieved.

Now, the Vikings employ a defense-always coach and a roster peppered with offensive talent. Indeed, defensive personalities — Harrison Smith, Eric Kendricks, Anthony Barr, Patrick Peterson — are plentiful, yet the group continually melts down in crunchtime of games during 2021.

That needs to stop.

Cousins is doing his part, assisted significantly by Dalvin Cook, Justin Jefferson, and Adam Thielen. At some point, the Zimmer-endorsed defense must follow suit.

Teams that thrive in the postseason never rely on solely rip-roaring offense. Like, ever. The highest-scoring teams in NFL history have yet to win a Super Bowl. A defensive team routinely rises when the playoffs reach an apex. Such squads do not need to play like the 2000 Baltimore Ravens, but they need to flex late in January. The routine is clockwork. Ask Patrick Mahomes about it last year in the Super Bowl. Chat with 1998 Vikings alumni on whether a circus offense closed the deal.

The NFL in 2021 is assuredly an offensive league. That is not debatable. Yet, a team that can blend a potent, creative offense — usually with a stout offensive line — plus a defense that gets hot, generally finds a pathway to February.

The Vikings defense has closed out zero games in 2021. And for a long time, the offense was too damn conservative to circumvent the defensive tomfoolery. Thankfully, the Vikings offense came around the last two weeks, closing out the Los Angeles Chargers and Green Bay Packers with bold, risk-taking offense.

Now is the time for the defense to ensure Cousins and Co. don’t have to conduct the heroism each week. Perhaps every other week is fine, but weekly will cause problems because even the best offenses can’t finish ad nauseam without a hiccup.

Right now, Minnesota’s defense is all over the board. Zimmer’s men have notched the most sacks in the NFL but rank fifth-worst in yards allowed. Per defensive DVOA, the Vikings are 13th in the business. However, they’re 22nd in points allowed. The defensive numbers for the 2021 Vikings are a batch of scatterbrained good and bad. It’s bizarre.

Just like the offense “figured it out” since losing to the Baltimore Ravens three weeks ago, Zimmer’s defense must find its identity and shutter some teams. Don’t make it mandatory for the Vikings to rely on a game-winning drive or field goal.

Essentially, Minnesota needs the “old days” from the Zimmer defense. It doesn’t have to be as spooky as the 2017 group — few teams are — but a reasonable facsimile will put the Vikings into the next tier of stardom.

And that’s what’s required to contend for a Super Bowl.