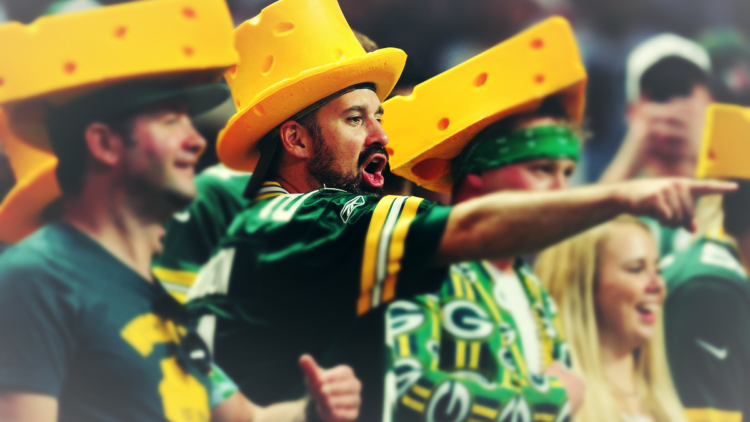 In 2012, the Green Bay Packers were infamously robbed against the Seattle Seahawks on a Monday night, leading folks to believe the Packers were frequent recipients of bad officiating luck.

From 2013 onward, Green Bay is the fourth-least penalized franchise in the NFL, tallying 50.4 penalty yards per game amid the last nine seasons. While the screwjob was palpable on that Monday night versus the Seahawks in 2012, the Packers officiating woes are effectively nonexistent since compared to the rest of the league.

So when the Minnesota Vikings toppled the Packers on Sunday, the bemoaning of officiating was quite strange. The Packers don’t typically have “problems” with bad referees. In fact, the stereotype is the opposite. Packers quarterback Aaron Rodgers is usually the player that fans believe receives most of the favorable calls, not vice versa.

This gentleman, from CheeseHeadTV, is convinced the referees were responsible for the Packers loss:

Kirk Cousins tossed an interception in Sunday’s game that was negated by a helmet-to-helmet roughing the passer flag – an infraction largely popularized by defenders hitting Aaron Rodgers too late. Then, Cousins threw another pick with the game on the line to Darnell Savage – but Savage dropped the ball on the ground.

Regardless, tweets like this from fans hit the digital stratosphere.

The Vikings also converted many first downs in 3rd Down situations by a whisker, especially late in the game. Yet, the Packers coaching staff did not challenge, nor did the booth review.

Aside from the overturned interceptions and first downs, it is unclear how the referees were out to “screw the Packers.”

Alternatively, the Packers have experienced a very favorable 2021 season from an officiating standpoint. Heading into Week 11, when Rodgers targeted pass-catchers, the Packers’ opponents were called for more defensive pass interference infractions than anyone in the NFL. Meaning – the Packers have been the beneficiary of DPI more than any team in the business.

For a team that allegedly gets jobbed by officials based on the postgame musings after the Vikings matchup, this must be an outlier?

There’s also the matter of the Packers as the least penalized team in the NFL before the Vikings showdown. No team has received fewer penalty flags against them than Green Bay:

Ergo, if one ignores these items:

..then perhaps the CheeseHeadTV and Packer fans are on to something about NFL officiating conspiring against Green Bay.