Buckle Up, It’s Time For a Three-Round Vikings Mock Draft 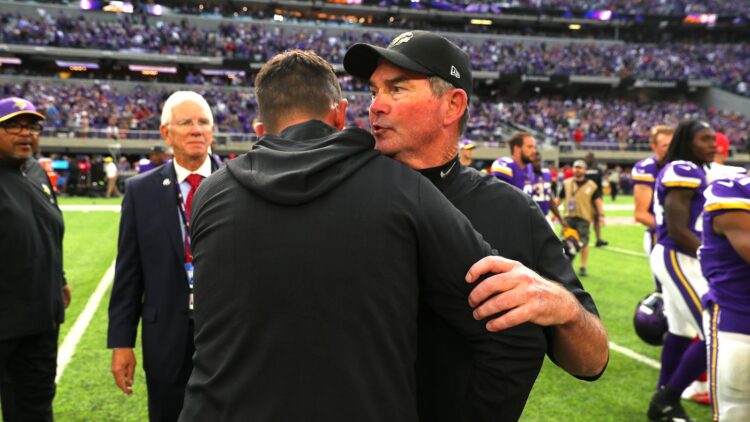 Unlike recent years, the Minnesota Vikings’ haul of draft picks is somewhat slim. Instead of 10+ selections, they have seven in 2022, and despite the ongoing jokes about Rick Spielman and his love for seventh rounders, they all come in the first six rounds. This comes in part because of recent trades, but they also likely will be without any compensation picks due to a free agent spending spree in 2021. In 2021, the Vikings received compensatory picks in the third round as well as a pair in the seventh.

As for now, here is the list of selections the Vikings have this coming spring, where they originated, and which spot it would land as of week 11:

Earlier this week, I posted my first Big Board for the 2022 NFL draft over on our sister-site, PurplePTSD.com, so if you want even more NFL draft content, click the link to go check that out. For now, let’s take a dive into the Vikings world and examine who they may select with their first three picks.

The Vikings spending spree this offseason was focused mainly on upgrading a secondary that was a glaring weakness in 2020. In large part, it has worked, and Minnesota’s defense has looked much stronger against the pass.

However, the acquisitions of Patrick Peterson, Bashaud Breeland, Mackensie Alexander, and Xavier Woods were all on one-year contracts. If the Viking want to continue their success on the defensive side of the ball, they will likely need to address CB in the draft again.

Trent McDuffie is a perfect fit for this Vikings defense in the secondary. At 5′ 11, he has decent size at the cornerback position, and his physical style of play should get fans excited for his NFL play. In all three years as a Huskie, McDuffie has improved his coverage skills and has developed into an expert route-reader and ball hawk. There is rarely a wasted movement in coverage as his instincts are impeccable. His energy and effort on every play also results in plays like this:

I think it’s time to admit the Garrett Bradbury experiment hasn’t worked. With multiple great prospects in this draft class, now is the time to move on. I propose they take a shot on Alec Lindstrom.

Similarly to Bradbury, Lindstrom is an athletic lineman that can move his feet exceptionally well for someone who plays exclusively on the interior. Blocking at an NFL level also runs in the family as his father spent three seasons in the NFL, and his brother, Chris, is currently a starter for the Atlanta Falcons. 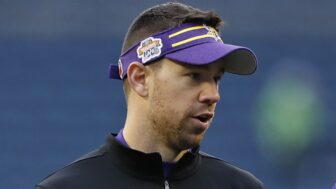 The thing that is special about the member of the 2020 First-Team All-ACC isn’t his athleticism or even his lineage, though. Lindstrom may be built to play the NFL center position, but his resiliency in his blocking makes him elite. He doesn’t block with the intent of simply getting to a defender; he plays to get THROUGH a defender. The Vikings have been missing a true anchor on the offensive line, and plays like this make Lindstrom as good a candidate as any.

This offseason, the Vikings were forced into a difficult position with LB Anthony Barr. After the veteran missed most of the 2020 season with a torn pec, Minnesota had to decide whether or not they wanted to extend the OLB.

They chose to restructure the contract, making Barr a free agent this upcoming offseason. Minnesota may again dip into the 2022 draft to find a replacement, and Brandon Smith may be a risky pick, but the upside is tremendous.

He still doesn’t have a ton of starts under his belt, not earning the starting OLB job at Penn State until 2020. In that short time, it’s become clear that Smith needs to do some work to improve his pass coverage. That said, the combination of size and athleticism are unreal. Especially as a pass rusher, he is a matchup nightmare for opposing OTs. He stands at 6’3, 239-pounds, but all the while, has sub-4.5 speed. He can certainly improve some technique when trying to get into the backfield, but his speed more than makes up for it.

Obviously, both the NFL and CFB seasons are far from over. Prospects still have plenty of time to either raise or lower their draft stock while NFL teams will be shuffling up and down the draft board for a couple months yet. Because of that, this is nothing more than a preliminary list to get the draft-juices flowing. If you have your own thoughts on who the Vikings should be looking at this spring, leave us your thoughts!