Nobody Knows Why the Vikings Were Conservative for 2 Months 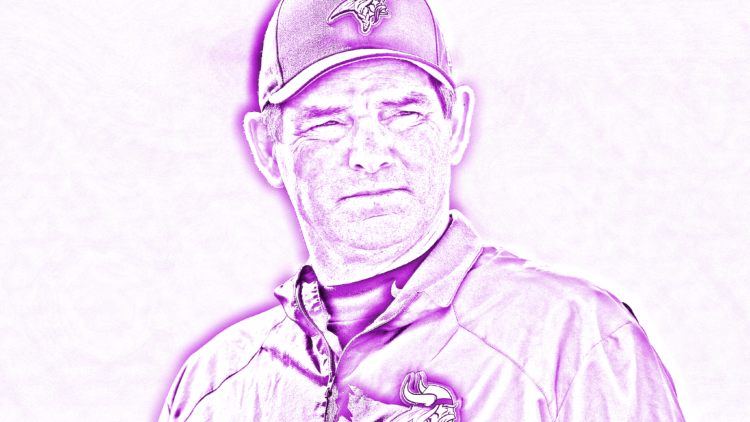 For roughly two months, the Minnesota Vikings straddled an embrace of offensive conservatism, and nobody involved with the offense really knows why.

Thankfully, for their sake, the team shed the philosophy, leading to a triumphant Sunday in Los Angeles in Week 10. Just like the masses demanded, the Vikings opened the offense, went for a killshot, and escaped a November day in California with a win.

Ergo, perhaps the offensive conservatism is a remnant of the past, but prolonged offensive risk-taking is needed to cancel the memories of the vanilla stuff.

Where did the conservatism come from? It’s really mysterious.

In all likelihood, the embrace of “playing not to lose” was probably preached by head coach Mike Zimmer, mainly because he is the accountable boss. Yet, after Minnesota won last weekend due to bold playcalling, Zimmer sounded as if he was the guy to encourage aggressiveness all along.

This statement implies Zimmer wanted risky business from the jump. The comments are not expressed, but Zimmer seems to say, “We just need the quarterback to do his part in being a merchant of aggression.”

Zimmer is a defense-always coach, so most Vikings loyalists blame the skipper personally for “sitting on a lead.” But if you listen to his postgame musings after the Chargers win, Zimmer will have you believe he endorsed offensive killshots from the beginning.

Here’s the strange part, though, if Cousins was truly the culprit. All of this dink-and-dunk underneath stuff for the Vikings offense in 2021 is new for Cousins. In 2019, he uncorked the football ad nauseam to Stefon Diggs. Last year, he aided in the blossom of Justin Jefferson. Some claimed Cousins didn’t throw underneath enough in 2020. The offense could’ve benefitted from more designed screens to Dalvin Cook.

So, Cousins doesn’t typically “keep things underneath.” The small-ball trash is a uniquely 2021 event. Hell, a couple of weeks ago, we couldn’t even figure out if Cousins was allowed to call timeout. Think about the lunacy there.

If Cousins cannot call a timeout in good faith – see the tweet above – well, he’s probably on a leash controlled by the coaching staff. And that would suggest Cousins is not solely to blame for the offensive conservatism.

Finally, the new guy to all of this is Klint Kubiak. Cousins doesn’t own an offensively vanilla history – he has the most 50+ yard touchdown passes in the NFL since 2015 – making his culpability unlikely. That might imply Klint Kubiak was the guilty party. He’s new, the Vikings didn’t have this problem in 2018, 2019, or 2020, and it might just mean the new guy was being goofy with the playcalling.

When devising the Week 10 gameplan, Kubiak seemed to lament the lack of targets to Justin Jefferson – as if someone needed to fix that. Well, he’s the only guy on the Vikings tasked with fixing it. It’s his job.

Lo and behold, Jefferson’s targets were fixed, and Minnesota won a football game because of it.

If one had to wager, the bland approach on offense for a lot of 2021 was probably a Kubiak thing. Zimmer can be frustrating at times with his old-school approach, but the offensive antics in September and October were new – even for Zimmer.

The Vikings are 2.5-point underdogs this weekend at home versus the Green Bay Packers.