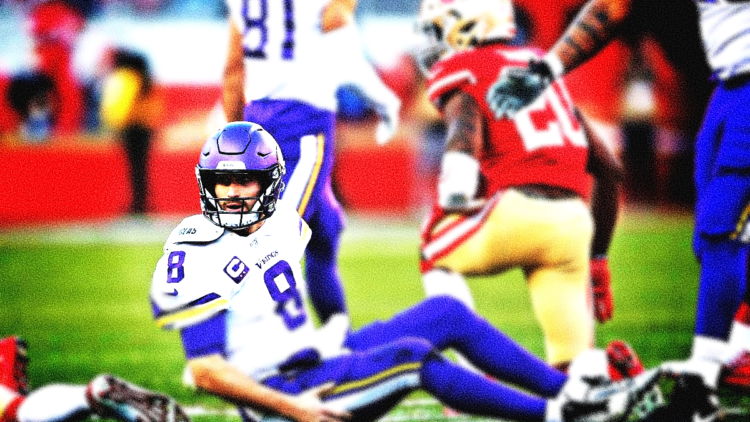 The Minnesota Vikings are currently the sixth seed in the NFC, set for a date at the Tampa Bay Buccanneers or Dallas Cowboys if the playoffs started this week. On the San Francisco 49ers, they’re teetering on the fringe of the seventh-seed, locked in battle with New Orleans Saints, Philadelphia Eagles, and Carolina Panthers.

The winner in Week 12 of Vikings at 49ers will hand one team a fast lane to the wildcard round of the playoffs. And if you recognize national opinion as a barometer for future happening, most analysts believe the 49ers will be victorious.

According to NFLPickWatch.com, a website that hosts weekly straight-up picks of all NFL games for pundits, 59% of pundits predict the 49ers will outduel the Vikings.

Too, San Francisco is favored by three points, which is the standard gambling allotment for a team with homefield advantage. Both teams are similar, experiencing ups and downs in 2021. The Vikings barely beat the Detroit Lions and have choked away certain victories. The 49ers lost eight straight home games dating back to 2020 before getting off the schneid versus the Los Angeles Rams a couple of weeks ago.

Plus, San Francisco does well what Minnesota struggles against — running the football. The 49ers are the league’s eighth-best rushing attack, and this week they’ll take on the NFL’s sixth-worst rush defense per yards allowed. Adding insult to injury (or injury to injury), the Vikings will be without their entire starting defensive line. Injuries, COVID, and other issues have sidelined Minnesota’s starting foursome up front defensively this weekend.

The Vikings haven’t won at the 49ers in 14 years. The last time they won, Tarvaris Jackson was quarterback, and Trent Dilfer was playing his final professional game. After that, the 49ers stifled the Vikings in the season opener of the 2015 season, thanks to a lifeless Vikings effort. And, more infamously, San Francisco ended Minnesota’s season in 2019 — the game after Kirk Cousins and Kyle Rudolph walked off the New Orleans Saints. As a rule of thumb, the Vikings do not perform well in the 49ers house, evidenced by an 8-15-1 (.354) all-time record on the road against the 49ers.

Minnesota is tasked with stopping wide receiver Deebo Samuel, whose breakout season is something to behold. In many ways, Samuel is a modern-day Percy Harvin in a fashion utilized by the 49ers offense. Then, San Francisco, under Kyle Shanahan, always seems to have three or four running backs who slice and dice the opposition.

Somehow, someway — the Vikings will have to be creative on defense, improving on sins of failing to stop the run in the season’s first 10 games. Injury reports be damned.