All Eyes for Vikings on Philly-Washington 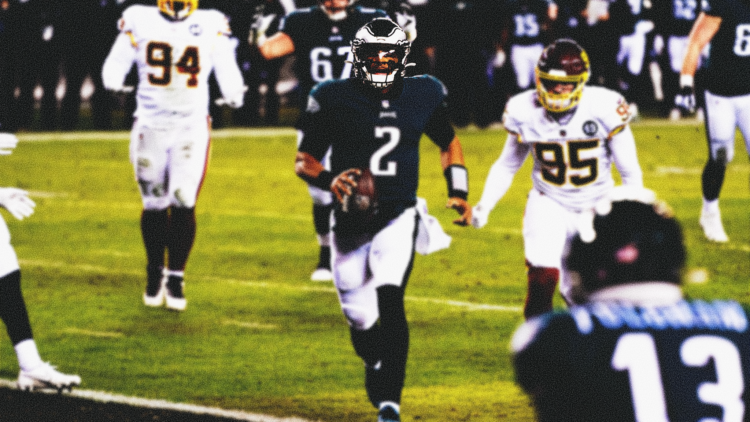 In a predictably sloppy game, the Minnesota Vikings did what they needed to do on Monday Night Football – win by any means necessary.

The win prevented the Vikings from near-elimination from the postseason. Had Minnesota somehow lost to an atrocious Chicago Bears team, Mike Zimmer’s bunch would’ve needed wins over the Los Angeles Rams, Green Bay Packers, Bears again – while getting help from losses by the New Orleans Saints, Philadelphia Eagles, and Washington Football Team in the remainder of 2021.

For a week, that is moot as the Vikings are currently the NFC’s seventh seed via playoff positioning. If the playoffs started Tuesday afternoon, the Vikings would travel to the heart of Texas for a tryst with the Dallas Cowboys.

But that seeding is not firm – not by a longshot. If Washington defeats Philadelphia on Tuesday Night Football, the Football Team will grab the #7 spot for at least five days. The tiebreaker pivots to conference record in this situation, favoring a Washington team that has been successful against other NFC squads.

However, if Jalen Hurts’ Eagles take care of business – at home, no less – then Minnesota stays in the seven-hole, essentially until the purple team loses again. In that regard, the Vikings control their fate. Avoid losses – avoid a drop-off from playoff contention.

So, all Vikings eyes for a night will be on Philadelphia-Washington. It’s depressing for a team as talented as Minnesota to “rely” on other teams losing for playoff prosperity, but this is the hole dug when the Vikings lost to the then-winless Detroit Lions three weeks ago. That game was the number-one-with-a-bullet reason the Vikings are in a spot staring at who-wins-who-loses playoff scenarios. Of course, other Vikings losses throughout 2021 can be blamed, too, but Detroit stands out like bad breath because of just how poor Detroit was playing at that point in the season.

As of Tuesday morning, the Vikings have a 29% chance to reach the postseason, per FiveThirtyEight.com. Should Minnesota upend Los Angeles at U.S. Bank Stadium on Sunday, the percentage soars to 50%. Just like every Vikings game from the last four to six weeks, the next game is extremely pivotal.

Those same Rams face off against the Seattle Seahawks on Tuesday night. Los Angeles is suddenly contending for the NFC West, not long after it seemed like the Arizona Cardinals were running away with the division. Not so fast, said the Rams – especially after the aforementioned Lions beat the Cardinals in Week 15.

The early Vegas line for Vikings-Rams favors Los Angeles by three points. A team led by Matthew Stafford has not won at U.S. Bank Stadium since October 1, 2017. Minnesota lost to Detroit 14-7 that day, and the Vikings won their next eight games.