An Idiot’s Guide to Vikings Games in Chicago 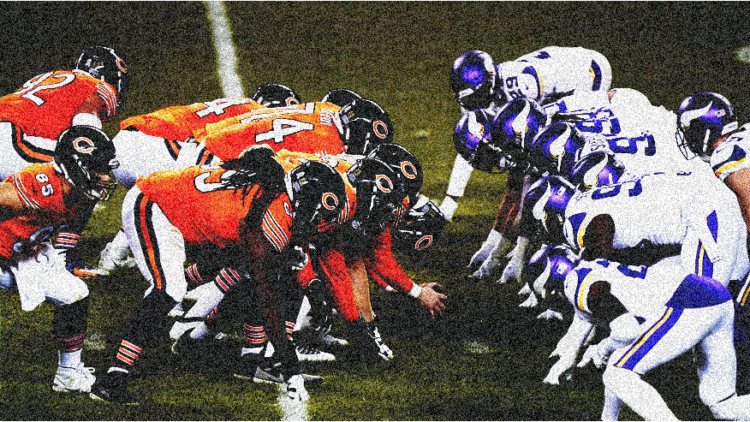 The Minnesota Vikings have not scored 24+ points at Soldier Field while winning the football game in 14 years.

The last time they did, Adrian Peterson was a rookie, and Minnesota outlasted Chicago at Soldier Field 34-31 in 2007. So, it’s been an Adrian Peterson’s-worth of a career since the Vikings played competently on offense and won in that stadium.

If you were surprised the Vikings found a sloppy way to win in Chicago on Monday night by a score of 17-9, you have not paid much attention to Vikings football in the last decade. This is how it goes at Soldier Field – so get used to it.

For better or worse, the Vikings do not perform well on offense – no matter the quarterback – in the city of Chicago. The last time, in general, the Vikings scored 24+ points in that stadium was 2013, and they lost 31-30 in a – you guessed it – wild game.

Nevertheless, the Vikings have now toppled the Bears in three consecutive games at Soldier Field on Monday Night Football – 2017, 2020, and 2021. If you like your favorite football team winning, Minnesota is finding a way to squeeze victories out of the state of Illinois.

That is all that matters.

There is something about a Vikings-Bears game – an aura, so to speak – in which anemic, sloppy, and weird football operations are preordained. It was on display in Week 15 with a plethora of bizarre penalties, a tipped-blocked-punt, a tipped-blocked-field-goal, some fights, some turnovers, and an NBA-like technical foul on Bears head coach Matt Nagy, who is likely on the precipice of termination. Strange stuff routinely occurs in Vikings-Bears at Chicago. Write it down.

And for some reason, the NFL continues to plop these teams into primetime. Nobody – outside of Vikings and Bears fans – deserves to watch these matchups. They’re low-scoring, laughable, and boring (if you enjoy competent, rip-roaring football).

Thankfully for the Vikings, the tide is turning for the purple team in away games at Soldier. In the eight seasons before Mike Zimmer’s arrival to the franchise, the Vikings were 1-7 at Soldier Field. With Zimmer in the saddle, Minnesota is 4-4 at Chicago. They’ll take it.

Don’t fuss about a Vikings win – like ever – but especially at Chicago. They’re survival contests, geared at a kooky brand of old NFC Central football. Turnovers will pepper the game. Touchdowns are scarce. Sometimes the better team wins. On other occasions, it’s a fluke-invested three hours, resulting in a win by the lesser team.

This is Vikings-Bears. It will not change.

Plus, it gets better. The follow-up meeting between the teams transpires in three weeks – this time in Minnesota. And the Vikings playoff aspirations could depend on it.