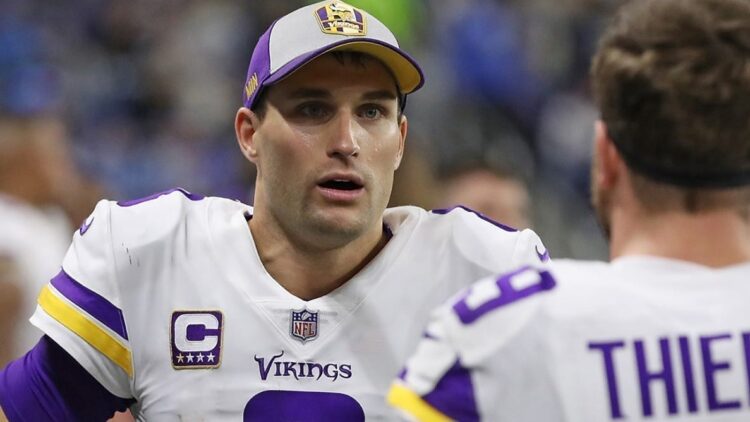 I didn’t go to school to be a journalist, rather I stumbled into my piece of this profession. I wouldn’t say that I’m a particularly good writer per se, but I know how to create content and promote it. None of those skills were on extreme display last Thursday night as I wrote what I assumed would be a flash in the pan article about Kirk Cousins following the win over the Steelers. The game ended, I critiqued it, wrote the article, published it and went to bed.

My inbox, my Twitter mentions, my DMs were flooded with both support and criticism of my analysis. The article, which I’d encourage you to read in full here, essentially was posing the question “what’s changed” when it comes to Kirk Cousins last month or so of play? What once was a MVP conversation had again shifted to the “this team can’t win at a high level with Kirk”. That was not my stance, rather, I was stoking the flame of conversation to try and figure out what changed.

People didn’t like that very much, and I get it. That sort of stance riles up both sides of the conversation. The haters see fuel for their fire. For four years they’ve been screaming from the mountain top that Kirk’s not worth money, he’s not a winner, he can’t play in prime time…blah, blah, blah. I hear it, I understand those thoughts.

But what surprised me a bit from the reactions to this post was the level of vitriol that I received from the Cousins support camp. Having lived in that camp for most of the last four years, I didn’t realize how touchy the waters that I was walking into actually were. Immediately I started getting hammered by Kirk Bobos slamming me saying, “how dare you write this article after a win?”. “The offense just scored 36 points, and you calling for the QBs head?” I had people dropping stat nuggets left and right. I had armchair quarterbacks telling me I don’t know what I’m talking about. It truly opened my eyes to the true dissention that this quarterback has caused among the fanbase.

I guess after four years of the opposition bashing you highlighting every deficiency, looking past any redeeming qualities and taking to social media hard to let their voices be heard, yeah I’d be a little sensitive too.

But that does not mean Kirk is exempt from criticism, especially in a season when he’s highlighted on a regular basis that his level of play can be higher.

The stats showcase this as his passer rating has dropped more than 10 points the last three weeks, his accuracy has dropped and yes the team has struggled with it. But I think what’s even more bothersome is the eye-test that you run every time you watch this team play. He looks flustered, his accuracy has waned, his reverting to the short dump passes again in weird situations, he just looks different.

And that’s okay, you guys. Highlighting that Kirk hasn’t been playing on an MVP level the last three weeks is not me taking a dump on him. It’s not me ignoring that for the 10 weeks prior to, he was playing at a high level. It’s not me calling for his head. It’s not me saying he’s not worth the money. It’s not any of that. It’s simply presenting an opinion that Kirk doesn’t look like himself.

Maybe it’s the mangled offensive line? Maybe it’s missing his nookie/blankey in Adam Thielen? Maybe he’s battling a lingering injury from 13 weeks of football? Maybe he’s just having a few bad days? All of that is a possibility, and all of it is allowed.

So why is Kirk Cousins such a divisive subject matter for Vikings fans?

I continue to stand by this critique from last week, I stand by the fairness of the way it was presented and the conversation that it started. But man, we all need to chill out. It’s like every single one of us is just sitting at home, amped up and ready for a fight, at all times. We’re too quick to take things personally, too quick to assume we’re being attacked.

At the end of the day, it’s a fair assumption to make that everybody reading this article, for sure everybody who’s read this far, wants the Vikings to win. So why are we fighting in-house so much?