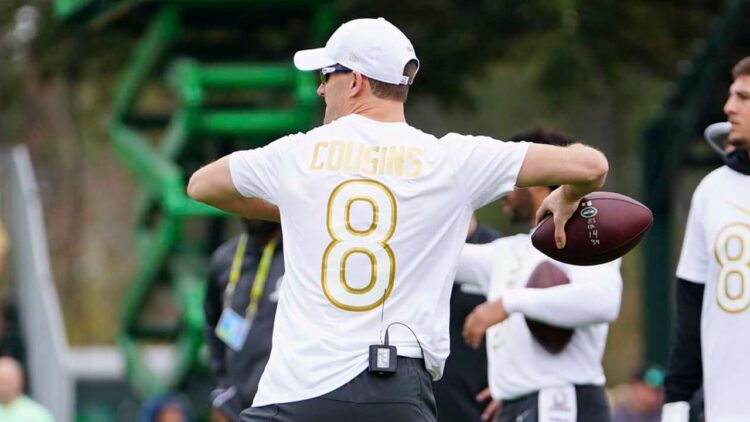 With the regular season ending a couple of weekends ago, you’d think that we’d all be able to relax and watch the most pointless of NFL exhibitions (I’m using that word in multiple ways) that is the Pro Bowl without, yet again, getting pulled back into the vat of exhaustive nonsense (which is coincidentally the name we’re giving our new message board! Click here to register!) that is the Kirk Cousins debate as to whether or not he’s the best thing that ever happened to Minnesota or some sort of jugs machine that was missing a few vital screws in a Pro Bowl jersey.

If you’ve spent any time on this site or purplePTSD.com, or looked in that closet in my room NO ONE is allowed to open, you’ll know that I’ve been one of those people that… I was going to say defends Cousins but I don’t think that’s the proper way to put it. I’ll say, instead (and whatever the opposite of the word ‘sans’ is), that I’m one of those people that realize the following about Cousins:

There’s a difference between online debates and reality

What do I mean by that? Mostly that, on the internet (and in politics, clearly) people tend to either take or end up arguing from two ends of the most extreme realities of a subject. Either Cousins is the best thing since sliced ham (I know the phrase is ‘sliced bread’ but who gets excited about sliced bread? Outside of the Amish, but they don’t read this so I don’t need to cater to them (anymore)), or he’s the worst QB in the league!

Football, like life, doesn’t work that way. There’s nuance to everything and that’s why no one ever thinks that they’re wrong because of course there are exceptions to both extremes.

Instead, the answer falls in the same area most women point to when I ask them what about my body is so off-putting, somewhere in the middle.

So, let’s break this down one more time.

As, I’ve talked about this A LOT.

Need proof? Or want to catch up on the emotional/mental roller coaster that was my 2019-20 season?

– Gary Kubiak: The QB Whisperer and his Influence on this Explosive Vikings Offense

– Was Denver Cousins’ Best Game? Does it Matter?

– From “YOU LIKE THAT” to it just doesn’t happen like that; Cousins has Proven he was the Right Choice for the Vikings

– Is Cousins the MVP? Does it Matter?

– Has Cousins Earned an Extension?

– In Retrospect, Was Cousins’ Contract a Bargain?

The co-host of my Podcast, Morning Joes, said something that should seem obvious to everyone who pay attention to the NFL, but that was poignant enough to stick in my brains since. He said, essentially, that the Vikings are always either around mediocre or good (which we all know as they’re one of the franchises with the best winning percentages in the league), and because of that they’re never bad enough to land a really high draft pick (2012 notwithstanding).-

That’s been the case, especially, during the Zimmer era. While that may seem like a defense of Zimmer, you could have said the same about Denny Green, or Flip Saunders with the Timberwolves (granted he didn’t have first-round draft picks, at all, for a stretch), but as we remember with them, at some point simply being good during the regular season doesn’t cut it.

The reason I bring it up in this context is because the Vikings will have a first-round pick, barring some sort of nigh impossible trade up ( as it’d take way too much draft capital and that’d never happen as we all know Spielman loves him his fifteen 7th-round picks), in the low 20’s in 2020. This means that unless they spend that pick on a quarterback that somehow bucks the trend of this franchise (under Spielman and really, in my entire life) swinging and missing on QB’s, this team is essentially stuck with Cousins.

This isn’t the post-2017 NFC Championship game where the Vikings can spend their way beyond their draft futility. They’re strapped for cash (coincidentally like me in 2017), and as we saw when Cousins broke the NFL contract model, QBs of Cousins’ ilk don’t just become free agents that often, and any that might will cost a lot more than Cousins did, also thanks to that deal.

The Never Cousins-ers have no solution as to who they’d replace him with. Or, rather, who they’d replace him with that could execute the offense on the same level that he did in the 10-games the Vikings won this season (over 30 points-per-game). Of course, simply having no replacement for a bad player doesn’t mean you should keep that bad player, but Cousins isn’t bad. He isn’t even mediocre. The offense with him, rather isn’t.

Case in point, the Vikings also lost 6 games in the regular season and they put up 17.3 points per game in those contests. That’s not normal. It’s not normal for a QB to put up MVP-level numbers and then to simply be unable to move the chains. There has to be something else going on.

Doesn’t it make more sense to think that, maybe, because the Vikings offensive line ended 27th in regards to pass protection in 2019, that perhaps that had something to do with it? How about the play calling? Again, that doesn’t mean Cousins is perfect, but it’s the job of the coaches to get the most out of their players and clearly, when he’s used correctly Cousins can make this offense hum.

So, I’d put that squarely on the shoulders of the now/thankfully no longer with the team Kevin Stefanski and the 27th-ranked offensive line. Cousins is bad under pressure, yes. But, again, if you knew that as a coach or executive, wouldn’t that make investing in the line the top priority after signing him?

Or maybe running the types of plays or game plans that have worked?

I know it’s not that simple. But, when your offensive coordinator has zero answers when the opposing team schemes to blow up your pocket or to limit bootlegs, I guess, he gets a head coaching gig?

This article I wrote explains my thoughts on that.

Point being. Kubiak’ll fix it! 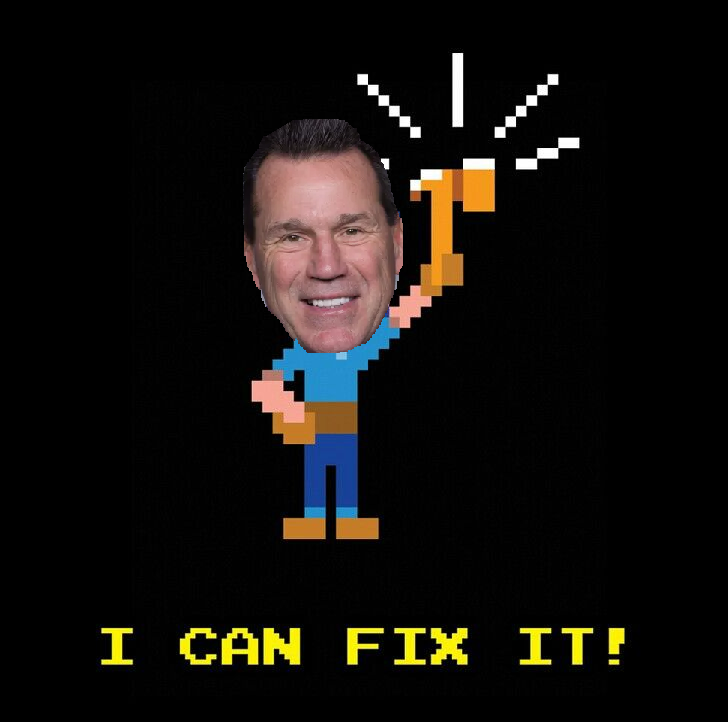 Sure, Cousins is culpable as well. That’s how football works. But it’s clear that when you give him time he can execute with the best QB’s in the league and I feel A LOT more confident in the Vikings shoring up the left side of that line in the draft than them, again, somehow finding a QB who can take over this franchise and execute like Cousins has shown in large enough stretches for it to be statistically significant.

But this article was about the Pro Bowl.

So, here’s some clips, since you guys will make up your own minds anyway:

The Good (I thought this guy couldn’t create?)

Odell Beckham Jr nearly broke this play for a touchdown! As it stands, it's a stellar 42-yard completion from Kirk Cousins to OBJ! #ProBowl pic.twitter.com/l3T87sACR4

Kirk Cousins goes to the tablet in the Pro Bowl pic.twitter.com/LJ4aXOiroa

He also had 181 yards and two touchdown passes on the day.

Oh, and just a heads up.

It was the Pro Bowl.

Agree with me? Think I’m bananers?

Let us know in the message board in the comments! Registering is free, easy, and satisfying, like stealing a tweens Halloween candy (which, I want you to know, it was never proven in a court of law I did).