The Vikings Can beat the Saints if they play their Game 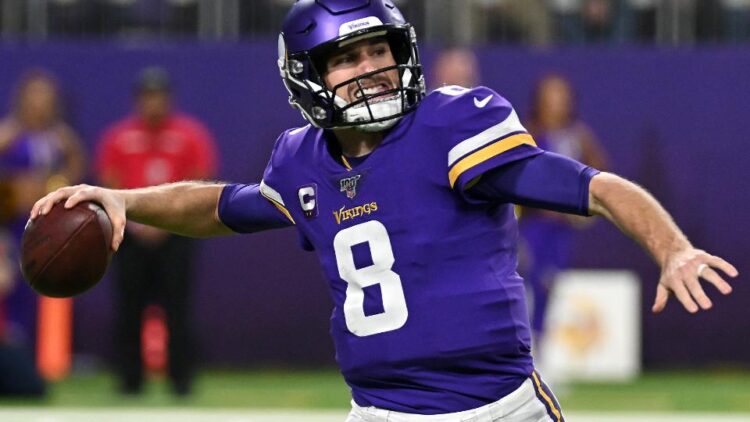 While it seems like a gross over-simplification, it is telling that the difference between those two teams/offenses is that they averaged 30.3 points per game in games that they won this season, and in the six games they lost they scored almost half that amount. Again, that sounds like the laziest interpretation of stats possible, but if you’ve watched these games you’ll know that the Vikings season has essentially been the tale of two teams.

I’ve discussed this ad naseuem this season and won’t go into another 5,000-word essay about my thoughts on what is going on (although if you really want to upload this to your Kindle, you can read my thoughts on that HERE). It’s clear that when the Vikings offense runs plays that highlight what Kirk Cousins is good at, they’re one of the best teams in the NFL. That includes running play-action bootlegs and rollouts that come from establishing a run game with Dalvin Cook and Alexander Mattison.

When they get away from that, as they did in the Chiefs/Seahawks/Packers/etc. games, their offense can be one of the worst in the league. The outcome of the second Packers game is a good sign of that, as the offensive output that the Vikings mustered was the third-worst for any team in the NFL this season. It’s really amazing how stark the difference is between the team that showed up in games that they won and the one that didn’t in the games they lost.

After the second Packers game, Vikings head coach Mike Zimmer initially gave the Packers credit for limiting the Vikings/Cousins ability to get Cousins out of the pocket. After he had a few days to watch the tape he essentially changed his tune (as the Star Tribune noted) and said that they should “probably” get Cousins out of the pocket more so he isn’t just standing around.

I’ve never claimed to be a big X’s and O’s guy, but as someone who advocated for the team to bring Cousins in, even I was aware of what Cousins was good at and what he wasn’t. While he has surprised many with his mobility (and his lethal accuracy down the field when he’s mobile) it actually makes a lot of sense as to why he plays so much better when the Vikes get him out of the pocket. Cousins’ biggest negative trait is that he can’t sense blindside pressure whilst in the pocket. Because of that, either consciously or subconsciously, he’s always essentially worried about getting hit from behind. That’s why he has happy feet in the pocket, why he rushes throws, why he throws balls into the dirt a half-second after the snap a la the Packers game.

Many talking heads who have covered the national games the Vikings had this season have discussed how strange it is that Cousins, who is right-handed, is so adept at getting the ball downfield while running to his left. Typically, that’s the hardest throw to make for quarterbacks because their momentum is going one way and the ball has to go another way. While that ignores the fact that Cousins sets his feet before throwing on most of his bootlegs/roll-outs, it’s fairly easy to see why that is so successful for Cousins as when he rolls to his left he is putting the blindside pressure to his right, which lets him know that he has all sorts of time to get rid of the ball while alleviating that feeling of constant fear from the blindside that creates his happy feet.

Either way, outside of his MVP-level run from Week 5 to the Packers game, Cousins hasn’t won the big games in his career. While I’d argue that he has done that this season and that when he hasn’t it’s due to what the Strib and others have called “dubious” play-calling, the fact still remains that the Vikings have a good chance to beat the Saints in New Orleans, again, if they run the plays that had their offense humming along after Week 5. That’d give Cousins the big win that he’s wanted and it’d also give the Vikings a good shot to make a run to Miami, as the Saints are considered by many to be the class of the NFC.

While Zimmer and company have shown the ability to play well against these Saints, the reality is that they’re going to have to keep up on the scoreboard if they hope to pull off the upset of the new century in the bayou. Again, many consider the Saints to be the class of the NFC and the Vikings have shown that when they’ve played other NFC contenders like the Packers and Seahawks, they arguably should’ve won those games (even with the disaster that was Vikings/Packers II they were leading 10-9 at half-time).

I’ve said multiple times this season that at some point you’re going to have to do what you do best better than the opposing team is at stopping you from doing what you do best. Sunday is a great example of that, so hopefully the Vikings coaches will finally realize that. If they come out running spread offense/shotgun formations they will be doomed, but if they run the game that Zimmer claims he(s) want(ed)s and that they’ve had tremendous success running then they have a very good chance to not only “upset” the Saints, but also to make a deep run in these playoffs.

With Zimmer’s quote about getting Cousins out of the pocket, there’s at least some hope that that idea has finally sunk in.